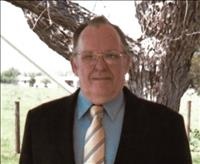 William C. Beals, age 73 of La Grange passed away on April 30, 2015 in La Grange.
William was born on May 13, 1941 in Pittsburgh, PA. to Tom and Ruth Dayton Beals. He served in the Air Force during the Vietnam War Era from 1961-1965 as an aviation refueler.
William is survived by his wife, three children, two stepsons, three grandchildren, six great-grandchildren and one brother.
William was preceded in death by his parents and two brothers.
Memorial contributions may be made to Hospice Brazos Valley, 1048 North Jefferson, La Grange, Texas 78945.
Services are pending at this time.

To order memorial trees or send flowers to the family in memory of William Beals, please visit our flower store.