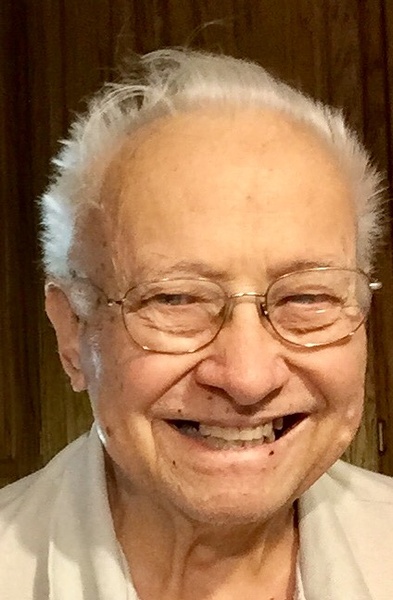 Werner Edward Zimmermann, age 87, passed away quietly on March 6, 2017. He was with family, in his home on the farm near Hostyn where he grew up and, years later, returned.

Werner's life was full of service to others. He took a leave of absence for two years from La Grange High School to serve his parents on the family farm when his brothers were drafted and sent away during WWII. He rose through the ranks at the Carnation Milk Company and served as a supervisor for the Austin branch. In the 1960s he started his own business, Princess Craft Manufacturing of Pflugerville, to build campers and pick-up covers. In addition to owner and general manager, Werner served in dozens of additional roles including recruiter, designer, sub-bookkeeper, master carpenter, and more. After years of success he sold the company, but had to take it over again when the abilities of the new owners fell short. Again Werner served his customers and employees well, and rescued the business. After he "retired" back to the Zimmermann farm, Werner began serving part-time on behalf of the Engle Farmers Mutual Benefit insurance company of Schulenburg. His honesty and passion to help others fueled his rise to become President of that company, a post to which he was reelected for many years.

In 1951 Werner married Minnie Merle Meinke and with her raised two sons, Mark and Keith. After divorce, in 1969 Werner wed Dorothy Hoover and became father to her children, Patrick, Michael, Corinne, and Shawn. Werner is survived by two brothers, Elroy and Gilbert, a sister, Gladys, and dozens of children, grandchildren, great-grandchildren, cousins, nieces, and nephews.

When Dorothy died in 2009 her eldest son Patrick eulogized her. After a difficult first marriage, in Pat's words:

... Dorothy's life took a happier turn. She met and married, in 1969, the greatest man I know, Werner Zimmermann.

The two of them seem to have been made for each other. The were a great team. They became partners in life, and partners in business.

Werner loved our mother, totally, unreservedly, not least during the last two years of Dorothy's life, when her health began to deteriorate more rapidly. They were the best things that ever happened to each other.

I think of myself as a hard worker, but Werner and Mom make me look like a slacker.

In 1971, when Werner woke up from the anesthesia of the operation that Pat mentions, his doctor asked him, "Do you want the good news first, or the bad news?" Of course, as an optimist Werner wanted the good news. He learned that the surgery was a total success. The bad news, that downtown Pflugerville burnt down and his business was utterly destroyed? No problem. Werner could handle that.
Funeral services are scheduled for Monday March 13, 2017 at 10:00 AM at Evangelical Lutheran Church in Swiss Alp. Interment will follow at 3:00 PM at the Capital Memorial Park in Pflugerville. Contributions in Werner's memory may be made to Hospice Brazos Valley in La Grange, the United Evangelical Lutheran Church in Swiss Alp, or charity of one’s choice.

To order memorial trees or send flowers to the family in memory of Werner Zimmermann, please visit our flower store.