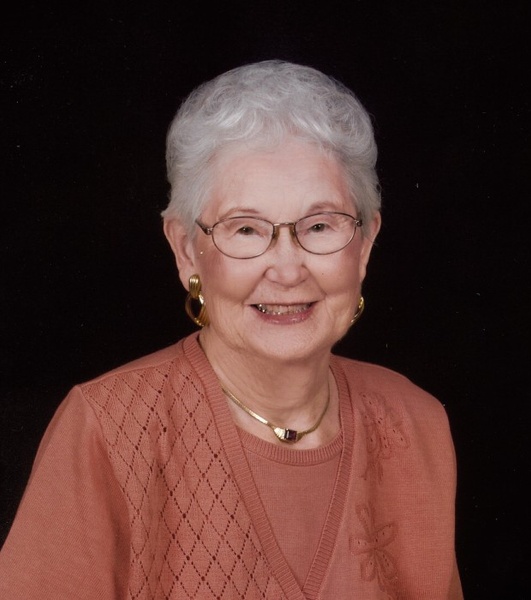 Virginia Evelyn Adamcik departed from this life on July 19, 2017 in Schulenburg, Texas at the age of 92 years. She was born to Henry and Constance Rohan Spaniel on December 18, 1924 in St. John, Texas, attended Schulenburg High School and graduated from El Central High School in El Central, California.

She married Theo V. (Ted) Adamcik on July 19,1943 in Hostyn, Texas and was married for almost 40 years. They were part owners of Adamcik Refrigeration Sales and Service for many years and she lived most of her life in La Grange.

She is survived by her daughter and son-in-law Carol and Gene Janecka; two grandchildren Kristi Spence and husband Zach of Austin, Texas, and Brett Janecka of La Grange. She is also survived by three great-grand children, a niece and several nephews, and her dearest friend Joan Fitzpatrick.

She was preceded in death by her husband Ted, son Thomas Adamcik, her parents, mother and father-in-law, George and Lena Adamcik; sister and brother-in-law Bernice and Hubert Siemsen; sister-in-law and brother-in-law, Henrietta and Jack Kana, two nephews, and one niece and her traveling companions Amanda Petras and Nita Zapalac.

Funeral will be held at 10:00 a.m. on Saturday July 22,2017 at Holy Rosary Catholic Church in Hostyn with interment to follow in the Hostyn Cemetery.

To order memorial trees or send flowers to the family in memory of Virginia Adamcik, please visit our flower store.