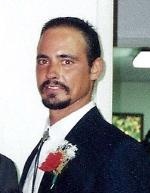 Travis James Kasmiersky 36 of Giddings passed away on July 27, 2010. Travis Kasmiersky was born on January 5, 1974, in Brenham, Texas to Linda Lawson and the late Tommy Kasmiersky of Fayetteville. He was a surveyor for Mustang Engineering in Giddings. Travis had many hobbies that included hunting, fishing, working on old vehicles and working his coon dogs but most of all he loved spending time with his children.

Memorial contributions may be made to charity of one’s choice.

To order memorial trees or send flowers to the family in memory of Travis Kasmiersky, please visit our flower store.