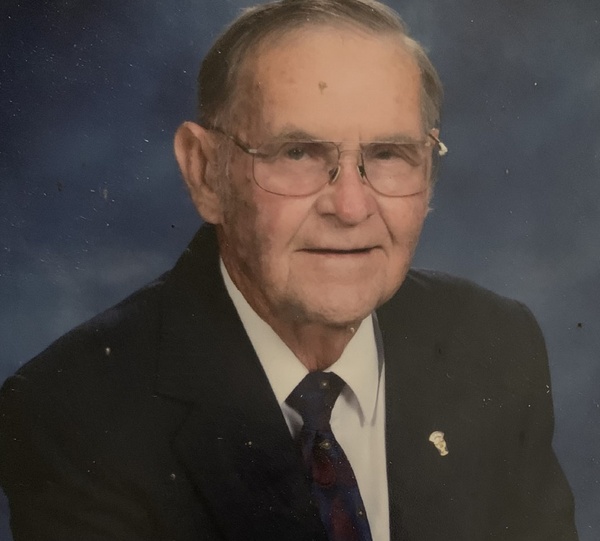 Theodore “Ted” Adolph Janda passed away on February 21, 2022, in the company of his wife and family.  Born September 7, 1936, Ted was raised in La Grange, Texas.  He was the middle child of three children born to Marcella and Joseph Janda.

Ted attended school through the eighth grade.  After leaving school to help support his family, he worked on the family farm.

Ted and Ann Kalina married on October 11, 1960. They were blessed with seven children: Douglas Janda of Hostyn, Paul Janda and his wife Kathy of Schulenburg, Sister Liliane Janda-Sisters of the Incarnate Word and Blessed Sacrament of Victoria, Alan Janda of Idaho, Maurice Janda and his wife Catherine of Seguin, Colette Abbey of College Station and Jolette Janda of College Station.

Ted began providing for his family by farming and working as a carpenter. He then became a lineman at the Fayette Electric Co-op. Ted was a lot of things to many—husband, dad, grandpa, friend, neighbor, and the local “junk” collector. To him, however, his treasures were far from junk. He spent many hours undoing and fixing the items in his collection.

Ted so loved his family, but he still had plenty of love to go around for his Dallas Cowboys and Boston Red Sox.  Wow, how he loved sports! He loved his teams so much at times he couldn’t even sit to watch the games. He would stand at the front door and watch the games through the screen door. His sports addiction extended to local sports—he attended his grand children’s games, and if he could not attend, he would listen on the radio.

Queen of the Holy Rosary Catholic Church is where Ted worshipped our Lord. Throughout his years at church, he served as lector, usher and board member. He enjoyed working in the beer stand and handing out plates at the church picnics. Ted was also a member of the KJT.

Ted is survived by his wife, Ann Janda, all his children and seven grandchildren: Ryan Janda, Aaron Janda, Shelby Janda, Ashlee Janda, Reese Janda, Ayla Lawson, Coryn Abbey and four great-grandchildren. Ted is also survived by one brother, Ignac “Ig” Janda and his wife Loretta. He was preceded in death by his parents, Marcella and Joseph Janda, and his sister, Polly Wied.

In lieu of flowers please make donations to the Queen of the Holy Rosary Catholic Church of Hostyn.

To order memorial trees or send flowers to the family in memory of Theodore "Ted" Janda, please visit our flower store.