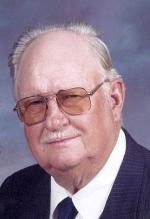 Rubin Otto Rudloff of Fayetteville was called to his heavenly home in the early morning hours of January 13, 2012 at the age of 83 years.

Rubin was born to Walter and Lenora Krebs Rudloff on November 12, 1928 in Shelby, Texas.

Rubin loved the outdoors, he was a very avid deer hunter, and he was member of the American Legion, Hermann Sons, the Cummins Creek Wildlife Association, the NRA, he was also a member of Shelby and Round Top/Warrenton volunteer fire departments, and the Farm Bureau in which he was an officer and the Young Farmers. His greatest joy was being the Master of Ceremony for the presentation of the scholarships for the Farm Bureau.

Rubin is survived by his two brothers; Dennis Rudloff of Fayetteville, and Percy and Norma Rudloff of Round Top, one sister-in law; Louise Klimek of Huntsville, Alabama, nine nephews and one niece, along with numerous great-nieces and great-nephews. He is also remembered by long-time companions Vernon and Linda Treibs of Fredericksburg.

He was preceded in death by his wife; Lois Rudloff, parents; Walter and Lenora Krebs Rudloff, a sister-in-law; Anita Rudloff, and a brother-in-law Daniel Klimek.

Memorial contributions may be made to the St. Paul Lutheran Church, the Shelby Cemetery Association or Hospice Brazos Valley.

To order memorial trees or send flowers to the family in memory of Rubin Rudloff, please visit our flower store.