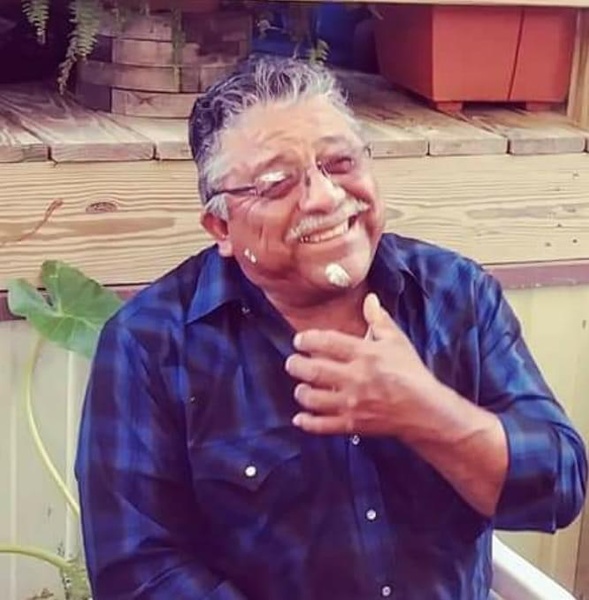 Ruben Garcia 71 of Ellinger, Texas left the world unexpectedly on July 7, 2020. In peace, he rests with his Heavenly Father. He is survived by three brothers and four sisters, by his wife Bertha Garcia of Ellinger, Texas who he was happily married to for 49 years. As well as by his daughter Aracely and husband Jose Julian Lozano of Dallas, Texas and by his sons, Alejandro and wife Monica of La Grange, Texas, Ruben and wife Laura of Ellinger, Texas, Victor and wife Alicia of San Antonio, Texas, Juan and his wife Xitlalith of La Grange, Texas; 14 grandchildren and 3 great grandchildren.

He was proceeded in death by his parents, Catarino and Paulina Garcia of Obayos Coah Mexico and his brother, Juan M. Garcia.

Ruben was born on April 15, 1949 in Obayos Coah Mexico. He came to the United States at a young age and worked a variety of jobs in Mexico and the United States for 14 years but his passion was working on the ranch. He worked the ranch the last 11 years of his life where he became like family to his employees.

Ruben loved outside activities like fishing, riding horses and especially teaching them to his grandchildren. He enjoyed dancing, singing and spending time with the family. He was an exemplary spouse, father and role model for his children and grandchildren.

Ruben is and was very much loved and respected and will be greatly missed by everyone who knew him.

To order memorial trees or send flowers to the family in memory of Ruben Santos, please visit our flower store.