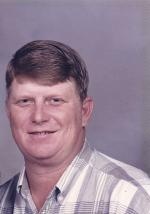 Robert W. (Bobby) Pietsch of La Grange was called to his heavenly home on the evening of December 28, 2011 at the age of 55 years.
Bobby was born to Anton C. and Irene Hentschel Pietsch on October 5, 1956 in La Grange, Texas.
Bobby was a member of the Mt. Calvary Lutheran Church’s Men’s Club, He also enjoyed gardening, and had a great love for his animals. Bobby was also a caterer in the La Grange area and enjoyed cooking for others.
Bobby is survived by his wife, Debbie of La Grange; mother, Irene Pietsch of La Grange; two brothers, Don Pietsch and wife Kathy of La Grange and Ray Pietsch and wife Doris of La Grange; sister, Marlene Schnell and husband Dennis of La Grange; sister-in-law, Beverly McCoy and husband Joe of La Grange; grandmother-in-law, Otillie Lindemann of Johnson City; numerous nieces, nephews, four great-nieces and one great-nephew also survive.
He was preceded in death by his father Anton Pietsch also father and mother in law Jim and Betty Schnell.

A memorial service will be held at 2:00 PM, Monday January 2, 2012 at Mt. Calvary Lutheran Church in La Grange.

Memorial contributions may be made to Hospice Brazos Valley La Grange, or St. Jude’s Hospital.

To order memorial trees or send flowers to the family in memory of Robert Pietsch, please visit our flower store.