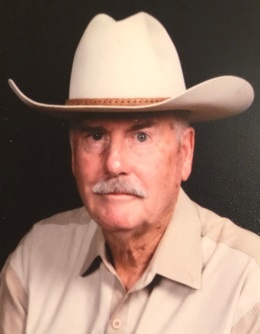 Richard was the 5th and last child born to William and Mable Coughran (Head) on May 3, 1939. Dick grew up in the Rio Grande Valley where he graduated Pharr San Juan Alamo High School in 1957, lettering in baseball, basketball, track and football. In the fall of that year he joined A&M's Corps of Cadets and attended one semester before shortly joining the USAF and training to be a communications specialist. While in the Air Force, he served at various stations including Cheyenne,WY, Reykjavik-Iceland and the Pentagon, where he worked as a cryptographer handling Cold War communications, including the Bay of Pigs invasion and the first under-sea transit of the North Pole by the SSN Nautilus.
Upon returning to Texas he met his future wife of fifty-three years, Shirley Ann Rosenauer. They were married in La Grange the next year in '67 and then transferred to El Paso where they enjoyed the great outdoors. After moving to Texas City, he was blessed with twin boys in '69 followed five years later with a third son, Jason Lee, in Brazoria, Texas.
He transitioned into human resource management at Hoffman Laroche, then moved to Columbia Lakes Country Club so he could golf and teach his sons the sport he loved. Richard and his brother Bob placed in the Club's Member-Guest Tourney in '82 which was one of the most memorable days of his life. During his time in West Columbia, he coached his boys' baseball teams and supported their many other interests.
Richard finished his work career as Director of Human Resources of Kaneka Texas where he was a proponent of company benefits for its employees and made many lifelong friends in the process. He was a guest lecturer at UHCL.
After retiring, Richard and Shirley moved to "the country," a 21-acre farm and log cabin south of Weimar near New Bielau, where he enjoyed raising gamecocks and tending to his land and cattle with loyal sidekick, Jake, his beagle. After a few years they sold their farm and moved into Weimar where he took up golf again and played well into his 70's, twice winning the Weimar Senior Men's Club Championship, in 2012 and 2013.
Richard was an active member of St. John's Catholic Church in West Columbia and at retirement joined St. Michael's parish in Weimar. He liked to help people and do things without getting credit. He would strike up a conversation with anyone and cheerfully lend a hand. He was an early riser and liked to say, "Joy comes in the morning." He loved the outdoors and some of his last trips were to Wyoming, the hill country in Burnet, TX and also Missouri to see his grandkids in O'Fallon. He loved and was loved, by his God, his family and his many friends. He was a humble veteran, and a proud Texan.
Richard was preceded in death by his parents William Urban and Mable Irene Coughran; elder brothers Bill, Bob and Joe; as well as nephews Burns Clayton and Jim Clayton. He is survived by his wife, Shirley; his son and daughter-in-law Phillip & Traci Coughran of O'Fallon, Missouri, his sons Greg Coughran & Jason Coughran of Richmond & Manville, respectively, his elder sister Eddie Grace Clayton of Burnet,TX and four grandchildren, Mitchell, Adelle, Olivia and Wyatt Coughran, as well as numerous nieces and nephews.

To order memorial trees or send flowers to the family in memory of Richard Coughran, please visit our flower store.