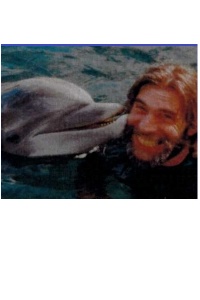 Richard’s story begins in a taxi cab in Liberty, NY on October 11,1945. Even his entry into the world appeared to foretell an unusual life filled with the unexpected, including travels to many lands.

Richard grew up the second son of Philip Bottfeld and Rose Atlas. He attended Cherry Lawn High School in Darian, CT, where his lifelong love of reading flourished as well as his passion for football, riding horses, gymnastics, and many other sports. Richard graduated in 1964, then he was drafted into the U.S. Army a year later, where he served until October, 1967.

Richard searched the country for the location with the ideal climate, which ended in San Diego, CA. He received his Associate of Arts degree at San Diego City College. Then Richard attended San Diego State University where he received his Bachelor of Arts in Psychology in 1977. Richard was awarded the San Diego Model Cities Scholarship while completing graduate coursework in Communications.

Richard enjoyed a number of different careers. He worked as a businessman, actor, journalist, farmer, teacher, martial arts instructor, builder, counselor, and wildlife photographer. In between, Richard travelled to 20 countries on 4 continents. He built his dream house in the mountains near Mountainair, NM, where he continued to pursue his love of bird watching and photographing wildlife.

Richard Atlas Bottfeld passed away peacefully on April 19, 2016. Rick will be fondly remembered by his family & friends all over the world.
Richard is survived by the love of his life Toni Anzalone; his brothers Stephen and Bram Bottfeld; his beloved sisters-in-law Marcia and Pilar Bottfeld: his adored cousins Lila Claytor-Stevens and Adam Stevens; his nieces Abbe Bottfeld Berman, Sara Bottfeld,Stephanie Bottfeld, Audry Begg, and Tristana Guyote; his nephews Philip Bottfeld, Christopher and Wayne Wilde, Jarren Begg, and Thoren Claytor; and his God children Rebecca Steiner and Hannah Robinson.
Those wishing to remember Richard may send memorial contributions in his name to Hospice Brazos Valley, La Grange Office, 1048 North Jefferson,La Grange, Texas 78945 or go to www.hospicebrazosvalley.org.

To order memorial trees or send flowers to the family in memory of Richard Bottfeld, please visit our flower store.