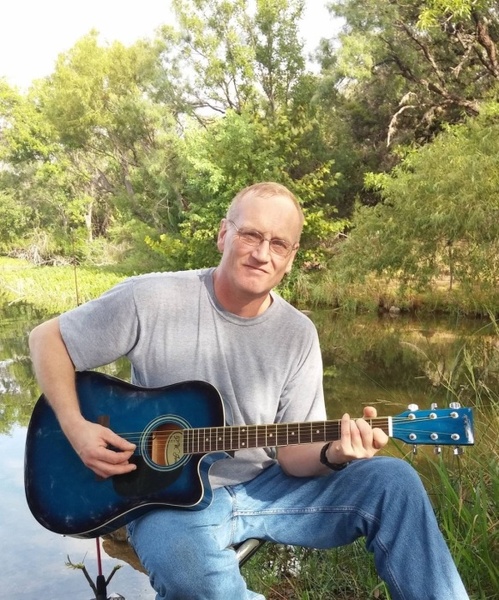 SFC (retired) Rex Clay "Big Rex" Vaughn, 49, of LaGrange, Texas died Wednesday, April 4, 2018. He was born in Dumas, Texas on September 23rd, 1968. He attended high school in Stratford, Texas and graduated at LaGrange Highschool in 1987 and joined the United States Army the same year. His career took him many places both far and near. He cherished the memories he shared with his brothers and sisters in arms. He accumulated an extensive amount of awards and medals for his outstanding service, especially that of a leadership role, before retiring as a 22 year combat veteran. After retiring, he moved back to his hometown in LaGrange, Texas where he enjoyed working part-time and fishing full-time. As a father, he looked forward to spending time with his three children and grandson as much as possible, One of his favorite hobbies was playing and creating music either with his children or with his brother, David. He was a very faithful man who leaned on the Lord to guide him every day. He is survived by his three children, Rex Clay Vaughn Jr,. Kristen Elise Vaughn, and Lila Kay Vaughn; and grandson Xander Clay Vaughn; his brothers David Vaughn (spouse Brenda Vaughn) and Jerry Vaughn.  He is preceded in death by his father Clois Vaughn; mother Dorothy Vaughn (Hopper); and sister Janet Vaughn.Funeral services will be held at Fayette Memorial Funeral Home with visitation from 9AM-12PM and a service at 1PM followed by a grave site service at the LaGrange City Cemetery on Saturday, April 7th, 2018. The family would like to graciously thank Kindred Hospice and the staff at St, David South Austin Hospital for their compassionate efforts in the care of Rex Clay Vaughn and his family.  The family would also like to thank all men and women in the United States Armed Forces, not only for their service, but for guaranteeing the Freedom of all United States citizens.

To order memorial trees or send flowers to the family in memory of Rex Vaughn, please visit our flower store.