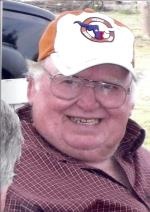 Paul Henry (Sonny) Zbranek, age 76 of La Grange, passed away at his home on January 29, 2014.
Paul was born on September 14, 1937 at Holman, to Justin Zbranek and Ethlynn Hengst Zbranek. He was a retired painter, a member of St. Francis Cabrini Catholic Church in Houston and the Men’s Club of St. Francis Cabrini Catholic Church. He was a sports fanatic who loved the outdoors and fishing with his grandkids.
He is survived by two sons; Paul Zbranek, II and fiancée Carol Knudson of Spring and Jeremy Zbranek of Shoreacres; two daughters, Cynthia Machala and husband Tim of La Grange and Lydia Zbranek of Pasadena; one sister, Barbara Jurecka of La Grange; thirteen grandchildren; nine great-grandchildren; niece, Darla Bundick and husband Craig of Houston and one great nephew; Justin Bundick.
Paul was preceded in death by his wife; Aura Leigh Owens Zbranek; parents; one son, Richard Zbranek and one brother Eugene Zbranek.
Visitation is scheduled for Friday January 31, 2014, from 5:00 PM until 7:00 PM at Fayette Memorial Funeral Home in La Grange. Rosary will be recited at 7:00 PM.
Funeral services are scheduled for Saturday February 1, 2014 at 10:00 AM at Fayette Memorial Funeral Home in La Grange.
Interment will follow in La Grange City Cemetery.
Memorial contributions may be made to the charity of one’s choice.

To order memorial trees or send flowers to the family in memory of Paul Zbranek, please visit our flower store.