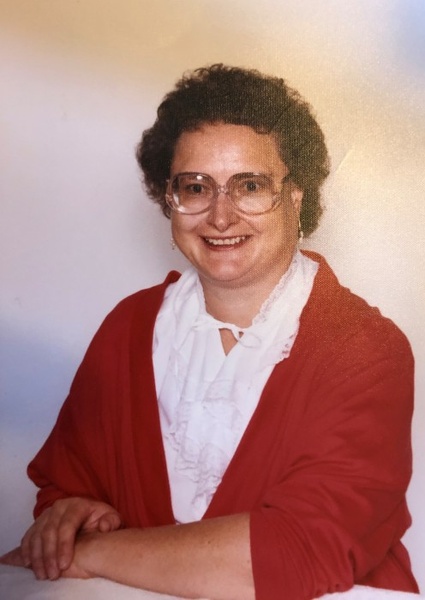 Patsy passed away peacefully surrounded by family on March 15, 2019 at Schulenburg Regency Nursing Center, Schulenburg, Texas where she was a resident for the last 5 years.

Patsy was born August 29, 1945 in Ding Dung, Texas(she liked to tell people that). It’s located not far from where she will lay to rest at Sharp Cemetery, Killeen, Texas. She attended school in Killeen, Texas and graduated in 1964 from Pemberton Township High School in Pemberton, New Jersey. Her step-father was stationed at Fort Dix New Jersey at that time.

Patsy was working as a switch board operator at Mid Texas Telephone Company when she met Thomas Robert Nagel and they were married on October 28, 1967. 51 years after Thomas was discharged from the Army in August 1968 they moved to Michigan where Thomas was from. In Michigan they were blessed with 2 son’s, Tomas Carl in October 1969, and Glen Allen in January 1972. They moved back to Killeen, Texas in 1977 and in July 1978 they moved to La Grange, Texas where Thomas got a job at Fayette Power Project with the Lower Colorado River Authority.

In La Grange, Patsy raised her boys and was very involved in Sunday School, Little League, Cub Scouts and many school activities. Her youngest son Glen was diagnosed with diabetes from the time he was two. After the boys were in high school Patsy drove the Carts bus around La Grange and she really liked that job.

Patsy was preceded in death by her son, Glen Allen Nagle, her parents, Mary Brinkman and John Prewitt, and in laws, Thomas F. and Mary E. Nagle.

Patsy is survived by her husband of 51 years, Thomas Robert Nagle, 1 son; Thomas Carl Nagle and his wife Patricia of Goliad, Texas, 1 brother George Prewitt and his wife Louise of Killeen, Texas, 2 sisters –in-law, Suzy Waring and her husband, Bill of Honnor, Michigan and Linda Parson, and her husband, Dale of Boyne City, Michigan, one brother-in-law, John Nagle and his wife Kim of Boyne City, Michigan, 3 grandchildren, Alexandria and Gabrialla Nagle of Goliad, Texas and James Davenport of Bryan/College Station, Texas.

To order memorial trees or send flowers to the family in memory of Patsy Nagle, please visit our flower store.