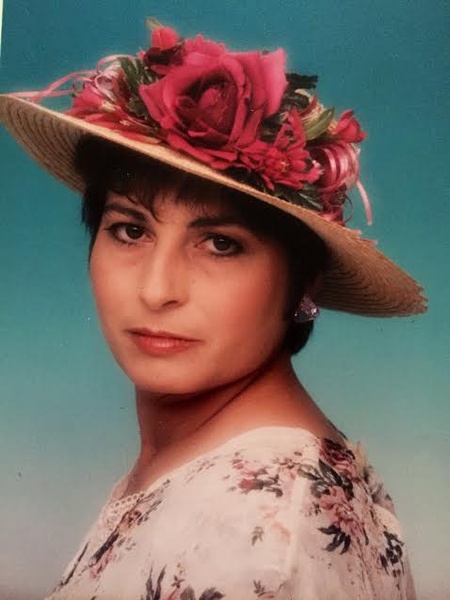 Patricia Anita Wilson, 61, went home to her heavenly father on the 13 th of October, 2016. Patricia was born February 19 th , 1955 to her father and mother John T. Ross and Alexandra Hebert-Ross, who were stationed at the time in Charleston, South Carolina. She was the first of three children, followed by her two brothers: James R. Ross, who is with her in Heaven, and her youngest brother Michael Ross.

Patricia grew up throughout the United States, living and learning in places such as South Carolina, Florida, Louisiana, Hawaii, Washington State, Alaska, and finally, Texas.

Patricia is survived by her devoted and loving husband of thirty years, Dennis Wilson- a man that loved her deeply and never left her side, and her two sons Christopher Gray who moved from Hawaii to Texas to be with his mother, and Joseph Hebert of Weimar whose children Kaden and Baylee, gave her life and lifted her spirits every day. The list of ones who loved her is long since everyone who met Patricia felt her passionate and loving spirit. This list includes her three step-children: Glen Wilson and his wife Patricia, Lisa Tehseldar and her husband Samir, and David Wilson and his wife Jeanne.

Patricia was preceded in death by her father John T. Ross of Arkansas, her brother James R. Ross of Fairbanks, Alaska, and her grandparents Noe and Eula LaLonde (Hebert) of Port Arthur, Texas.

Patricia will be remembered by her twenty grandchildren and eleven great grandchildren, who never doubted how much she fiercely loved them. She enjoyed cooking, and everyone knew that if you wanted to fill up on homemade Cajun food and love, you would visit Patty’s house. She loved quilting, and was blessed to have a gift for creating beautiful quilts that captured the spirits of the people lucky enough to receive one. Patricia was especially proud of the fact that she was a member of the National Society of the Daughters of the American Revolution, an association that recognized her heritage and lineage. Her greatest love though was that of her family. Patricia left this world knowing that she was cared about and loved by a family that was blessed to have her in their life. Patricia’s love of family was so great that she will never truly be gone, since she will never be forgotten.

In Patricia Wilson’s name we ask that you continue to spread the love that she felt and donate in her name to charities close to her heart: M.D. Anderson of Houston, Texas or Hospice Brazos Valley- places of healing that helped her through her final days.


Charitable donations may be made to:

To order memorial trees or send flowers to the family in memory of PATRICIA WILSON, please visit our flower store.