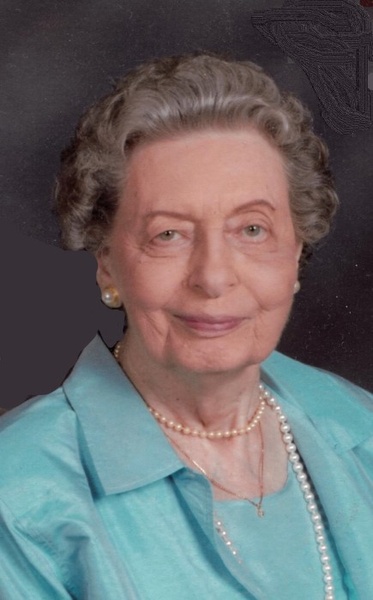 Ore Nell Louise Brandt Frerichs of Holman went to her eternal home Sunday, September 9, 2018, at Schulenburg Regency Nursing Center.  Visitation will be held Friday, September 14 at Fayette Memorial Funeral Home from 12-7 pm, with family present from 4-7 pm.  Her funeral service will be at 10 am Saturday, September 15 at St Paul Evangelical Lutheran Church in La Grange.  Interment will follow at Brandt Family Cemetery in Holman.

She was born August 29, 1924, to George and Gertrude (Trefny) Brandt in Holman.  She was baptized and confirmed at the Evangelical Lutheran Church in Weimar.  She attended elementary school in Holman and graduated from Weimar High School.  After graduation, she moved to Houston and received a business associate degree and worked for attorneys in downtown Houston before returning to the family farm in 1943.  Her protective father was concerned about the possibility of non-agricultural women being drafted during World War II.  She married Alfred Frerichs on August 12, 1945, at Evangelical Lutheran Church in Weimar.  They started life together at the Frerichs farm in Rutersville and moved to the Holman community in 1946.  Their marriage was blessed with three children Kathryn, James and Linda.  In the 1950s she and her family joined St Paul Lutheran Church in LaGrange where she was a member of the choir and active in Women’s Ministries.  Among her favorite activities were Afternoon Circle meetings, Monday morning quilting, and coordinating shipments to Lutheran World Relief.

Family, faith and hospitality were forefront in her thoughts and actions.  She was a very loving wife, mother and grandmother always eager to help.  Her family enjoyed all her tasty cooking.  She enjoyed having flowers around the home and canning from their vegetable garden.  She was a great seamstress, enjoyed fashion, and going dancing.  Besides being a homemaker, she assisted with all aspects of family farm life.  Her culinary skills were recognized with many grand champion awards at the County Fair for her outstanding pecan and apple pies.  She was honored with a County Homemaker award in the 1990s.

In the 1960s she returned to the business world and had administrative support positions with the County Agricultural Extension Service, County Superintendent of Schools, Chamber of Commerce, and the County Judge.  She was proud of her involvement in the initial years of the MS 150 bike-a-thon in La Grange and the “Ag in the Classroom” program.

She is preceded in death by her loving spouse Alfred (2014), her parents, brothers-in-law Leonard Stech, Gene Ulrich and Franklin Zimmermann; sister-in-law Edna Citzler and husband Arthur and brother-in-law Edgar Frerichs.

To order memorial trees or send flowers to the family in memory of OreNell Frerichs, please visit our flower store.