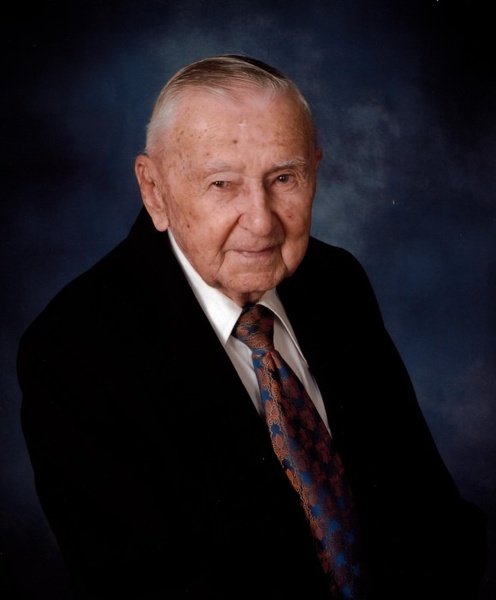 Norman Hugo Matthijetz, 101 of La Grange passed away on August 28, 2017. He was born on July 21, 1916 to Carl and Annie Jakobeit Matthijetz near Winchester, one of eight children.

Funeral Services will be held on Saturday, September 2, 2017 at 10:00 a.m. at Mount Calvary Lutheran Church in La Grange.

Interment will be announced at a later date.

He attended St. Paul’s Lutheran School in Serbin and finished schooling at the Lutheran School in Greasy Bend, near Winchester. On October 24, 1937 Hugo married Clara Lehmann and together they had one son, Raymond. He was a member of St. Michael’s Lutheran Church for 50 years , serving as church President and Sunday School Teacher. Norman worked for L.G.I.S.D. as a Maintenance Custodian and did farming during his life. He enjoyed gardening, fishing and hunting and passed these skills to his great-grandsons along with sausage and jerky making.

He was preceded in death by his wife Clara: parents Carl and Anna Matthijetz; brothers Ernst, Wilbert, and Max; sister Erna Cox and nephew Roger Matthijetz.

To order memorial trees or send flowers to the family in memory of Norman Matthijetz, please visit our flower store.