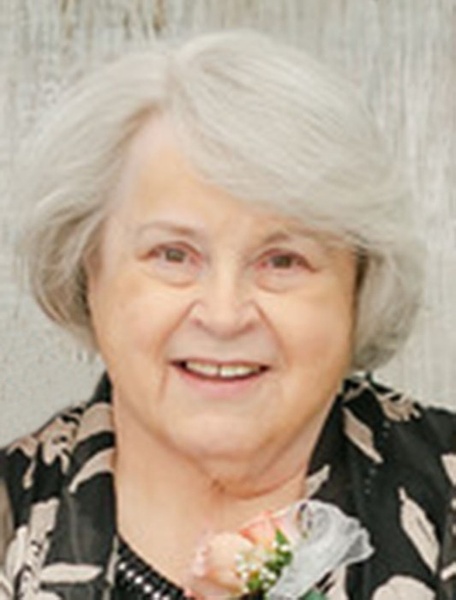 Born July 23, 1945, in Muncie, Indiana, Nancie was the third child of James and Louise (Justice) Lahee.  Nancie’s early life was spent in Alexandria, Indiana. She was of the Methodist faith and enjoyed attending church camps and singing in the youth choir. While a student at Alexandria-Monroe High School, she was a majorette (baton twirler) in the high school marching band and an accomplished 4-H member.  One of her fondest memories of her youth was being named the state winner of the 4-H food preservation judging event and earning a trip to New York City! Nancie was a proud member of the graduating class of 1963. Although she left Alexandria after high school graduation, she always spoke fondly of her life there and the friendships made.

Following high school, Nancie attended Ball State University in Muncie, Indiana.  She earned a position as a majorette in the university marching band.  She, as a member of the band, was honored to perform in Lyndon B. Johnson’s inaugural parade in Washington D.C. While still a college student, Nancie was married to Damon Harlan on February 5, 1965.  Together, they welcomed their only child, Mendee, in October of 1966. Even with a family to care for, Nancie continued her educational endeavors and graduated with her Bachelor of Science degree in education with a focus on home economics.  Never losing her passion for baton twirling and marching band, Nancie gave baton lessons at Gaston Elementary School and was the choreographer for the majorettes at Wes-Del High School.

Nancie began her professional career with the state of Indiana working in the Muncie office of the Indiana Department of Employment and Training Services. She would later transition to an administrative position at the state office in Indianapolis, where she wrote training manuals, conducted training courses, and often worked with state legislators and governors. Aside from her professional life, Nancie was known for her cooking abilities, winning many awards at local fairs and often being called upon to cater events or make holiday goodies.  Her secret recipes for cheese ball and sugared and spiced pecans are still a hit! She also enjoyed crocheting and many homes were graced with her afghans, pillows, and other creations. In her free time, Nancie loved watching sports. She was a fan of the Indianapolis Colts, the Chicago Cubs, and the University of Kentucky basketball team. Her love for all things Kentucky earned her the title of a Kentucky Colonel.

Nancie was a dedicated mother. She was strong and independent and passed those characteristics on to her daughter.  She was very active in Mendee’s life, whether it be coaching her for speech competitions, assisting her with 4-H projects, or driving to the many baton competitions. She could always be found on the sidelines cheering her on. Her house was always open to Mendee’s friends for sleepovers, pizza parties, or just being together. She had a great sense of humor but also knew how to draw boundaries in a kind and loving way.

Nancie relocated to Texas in the early 1990s to be closer to her daughter and son-in-law and her future grandchildren. She continued her career with the state of Texas and retired from the Texas Workforce Commission. As an employee of TWC, Nancie’s work earned her recognition from Governor George W. Bush. She was a consummate professional and took great pride in her work.

Nancie’s greatest loves were her 3 grandchildren, who affectionately called her Nana Nancie. She enjoyed any activity that involved her grandchildren, whether it be attending their many sporting events, school programs, or making treats for their classes. She was always good for a Happy Meal or an ice-cream cone after school and Christmases at Nana’s were epic! She will always be remembered for countless games of Yahtzee, unending chocolate chip cookies, and Christmas shopping trips.

Visitation will be held on Sunday, November 28, 2021, from noon until 7p.m. at Fayette Memorial Funeral Home.  Family will receive visitors from 5:00 to 7:00 p.m. Private graveside services will be held at the St. John’s Catholic Cemetery in Fayetteville, Texas.

In lieu of flowers, memorial contributions may be made to your local Lions Club OneSight Program or a charity of one’s choice.

To order memorial trees or send flowers to the family in memory of Nancie Harlan, please visit our flower store.