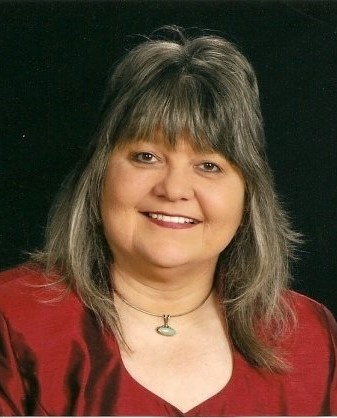 Funeral Services will be held on Wednesday, April 10, 2019 at 10:00AM at St. John Lutheran Church in Rutersville. Interment will follow at Florida Chapel Cemetery in Round Top.

Mary Della Lemmons Noak was born on January 1st, 1953 in Amarillo, Potter County, Texas.  Her parents were Bobby Shelton Lemmons and Betty Jo Hollar.   After a very courageous battle with cancer Mary passed away on April 4, 2019.

Mary married the love of her life Airman 1st Class David R Noak on January 9th, 1970 in Abilene, Texas.  Mary followed her husband throughout his US Air Force career until they retired back to Fayette County in 1994.  She totally enjoyed the traveling adventures that she and her family came to know, especially the overseas time that they spent in Germany as a result of her husband’s career.

Throughout their travels Mary still managed to pursue a professional career of her own.  She completed an Associates Degree in Paralegal Studies from University of Maryland European Division.  She worked for the Army Air Force Exchange Service and several different Civil Service agencies while stationed with her family in Germany.  Upon retirement to Fayette County Mary started working for the LCRA and then for the State of Texas Youth Commission.

A hobby of Mary’s was genealogy research.  Upon researching her family, she found that she had ancestors that fought for America in the American Revolution.  Upon proving this fact, she became a member of the local chapter of the Daughters of the American Revolution, the Smith-McMillan Chapter of La Grange.  Soon thereafter, she served as the Chapter Registrar. Additionally, Mary discovered that through her long time Texas ancestry that she was also eligible for membership in The Daughters of the Republic of Texas.  She became a member of the Monument Hill Chapter of La Grange.  Mary is also a member of the Veterans of Foreign Wars Ladies Auxiliary Post #5254 of La Grange and a Hermann Sons Life member of Rutersville Lodge.  But what Mary still loved most was her family.  There is nothing she loved more than having her children and grandchildren around her at family gatherings.

Memorials are suggested to St John Lutheran Church of Rutersville or to the Shared Lutheran Ministry of Fayette County.

To order memorial trees or send flowers to the family in memory of Mary Noak, please visit our flower store.