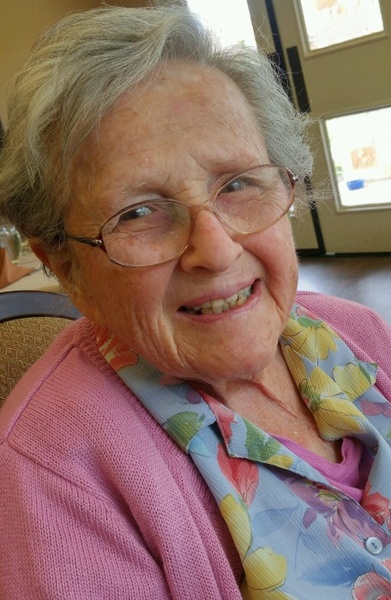 Mary was born in Tenaha, Texas on April 27, 1930.  She was one of 7 daughters born to  Bailey and  Maybell Hickman.  She grew up in Scurry county near Hermleigh, Texas, where the family moved for a drier climate and cotton farming.  After graduating high school Mary moved to Houston, Texas and worked at department stores while living at the YWCA. She then met her husband, Jim on a blind date. They were married on August 27, 1950 and had three children.

Mary was always known a someone who was devoted to her family and friends. In addition to making a home and raising her own family, she served as bookkeeper for her husband’s business Kiger Brothers Machine. Mary was involved with the PTA, 4-H Clubs, a delegate to the State Republican Convention in Houston, Texas. Talented in anything she chose to do, she excelled in cooking, gardening, canning, sewing, cake decorating and bread baking.

In the late 70's Mary moved to La Grange, Texas first on weekends then full time  around 2001 to call it home.  Mary was a completely selfless and tireless woman. She took care of the farm, her family, and everyone else that was around. Mary was known for her elaborate 4th of July parties here in LaGrange . She was the glue that kept the family together, the constant peacemaker. A small woman that could do the work of ten men.  She was a loyal partner, mother, and grandmother, and one who was always available when you were in need.  She will be missed.

To order memorial trees or send flowers to the family in memory of Mary Kiger, please visit our flower store.