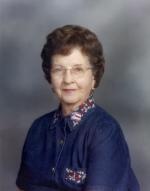 Marian Alberta Tietjen, long-time resident of Swiss Alp, passed away December 26th after a brief illness. She had reached the age of 92 years, two months, and 26 days. She was a member of the United Evangelical Lutheran Church of Swiss Alp, the VFW Ladies Auxiliary, and a charter member of the Swiss Alp Dance Club.

Marian was born on September 30, 1920, in Willow Springs, Texas. She was the second of six children born to Albert and Lydia (Muenzler) Lindemann. She attended school in Willow Springs and graduated from the ninth grade first in her class. Later, during her teenage years, she worked as a waitress in La Grange and, in her spare time, played piano in her father’s jazz band.

In 1940, Marian married Egon Tietjen, and three years later the couple moved to Swiss Alp and took over from Egon’s father the business of operating the Swiss Alp store and dance hall. Marian and Egon became synonymous with the Swiss Alp community, not only operating the store, dance hall, family dairy operation, and 300 acres of nearby farmland, but also owning and residing on the 27 surrounding acres and raising four children. For a period spanning close to 50 years, Marian and Egon held dances every weekend, operated the store six days per week, and milked the cows twice per day. Their many business activities at the store and dance hall were a major part of Swiss Alp becoming a very well-known community along Highway 77.

Marian loved operating her country store—it served as the neighborhood’s “headquarters” where one could buy hardware, gas, feedstuffs, and groceries. The store was also the local “watering hole,” where friends would gather and share cold beers, play dominoes, and spin tall fishing tales. Marian spent many hours behind the counter at the Swiss Alp store, and she loved every minute of it.

What Marian may have enjoyed even more than operating the store was running the Swiss Alp dance hall. The old hall is estimated to have been built in the early 1900s, and its reputation is historic. For decades it was the weekend destination of literally tens of thousands of people from all across the state, as partygoers young and old would come to socialize at Swiss Alp. During the dance hall’s peak years in the ’60s and ’70s, the average crowd on a typical Saturday night would range from 800 to 1,000 people, and many musical artists who got their start performing at the Swiss Alp hall went on to national acclaim, such as B.J. Thomas (of “Raindrops Keep Fallin’ on My Head” fame), Johnny Winter (one of the all-time-great blues guitarists), Roy Head and the Traits, and Bob Wills and the Texas Playboys. Dozens of local and regional bands also played at Swiss Alp over the years, including the Triumphs, the Moods, the Velvets, the Telstars, and the Barons.

The Swiss Alp dance hall eventually fell silent during the late 1980s, but even after Egon passed away in 1995, Marian continued running her store at Swiss Alp until she fully retired in 2002.

Marian loved being a businesswoman, and she loved being around people. After her family, her greatest love in life was interacting with the public and mingling with others, whether it was selling tickets at Swiss Alp dances, serving customers at her store, or going to the “Big Band” dances that she and Egon attended with their many friends. Her love for people and social interaction continued on well after her retirement, and even in her later years, she did her best to maintain the many personal relationships she had developed throughout her life. She never met a person she didn’t like, and she never failed to greet everyone she saw with a smile and a “Hello! How are you doing?” Many people who visited Swiss Alp throughout the decades knew and loved Marian as “Mrs. Tietjen”—she was the lady who ran the store and dance hall. Marian genuinely loved every one of those people in return, and her satisfaction in knowing that she had been able to touch and be a part of the lives of so many others was one of the greatest joys of her life.

She is survived by three daughters and one son—Brenda Reinauer of Hereford; Jerlyn Schindler and husband Frank of Bastrop; Glynis Porter of La Grange; and Darryl of Austin. She is also survived by seven grandchildren—Brenna, Brianna, and Robert Reinauer; Shane and Judd Hollas; Jason and Tyra Porter, and six great-grandchildren. Survivors also include two sisters—Rosemary Carter of Alabama and Gloria Krause of Columbus, and one brother, Gus Lindemann of La Grange. She was preceded in death by her husband and two brothers.

Interment will be in the La Grange City Cemetery.

Memorial contributions may be made to United Evangelical Lutheran Church in Swiss Alp, the Alzheimer’s Association or the charity of one’s choice.

To order memorial trees or send flowers to the family in memory of Marian Tietjen, please visit our flower store.