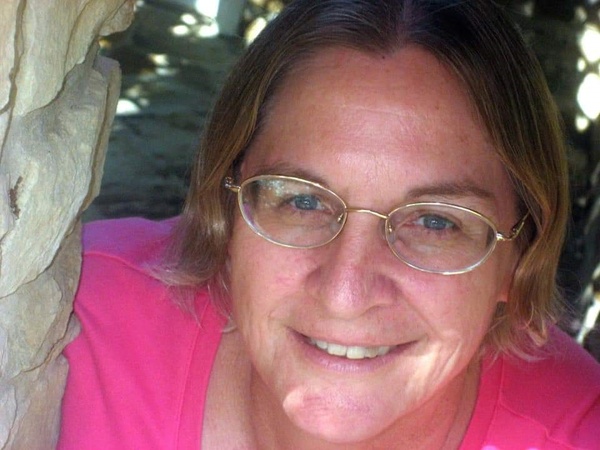 Margaret Ann Finke, 63, of Round Top, Texas, passed away at Baylor Scott and White Medical Center in Brenham on March 3, 2019.

Margaret was born in Oakland, Nebraska, the daughter of William Xavier and Lillian Kruse.  Shortly after being born, her family moved to Bryan, Texas, where she spent her childhood.  She met Jackie Finke while they both worked as lifeguards at Sue Haswell Park pool in Bryan, TX, and they married in 1973.  Within a few years they moved to their permanent home in Round Top, Texas.  Here Margaret helped run a greenhouse business, taught swim lessons, and had a florist shop.  She soon started working at the local schools, where she became a teacher for many years.  Margaret had attended college at Texas A&M, Blinn College, and finally Southwest Texas State University, where she received her teaching degree.  Even before this, though, she taught most of the computer science classes at Round Top Carmine ISD, and later helped with server management and computer maintenance and training.  Margaret enjoyed attending sports games at the school while her kids were younger and later enjoyed spending time with and spoiling her grandkids.  She also enjoyed traveling with her husband Jack to Las Vegas and other places.

She was preceded in death by her husband, Jackie Ernst Finke; father, William Xavier Kruse; and sister and brother-in-law Susan and Alan Blevins.

Visitation is schedule for Wednesday, March 6, from noon to 7:00 PM at Fayette Memorial Funeral Home in La Grange, with the family receiving visitors from 5:00 PM until 7:00 PM.

Rosary will be recited on Thursday, March 7, at 2:00 PM at St. John the Baptist Catholic Church in Fayetteville, with funeral service at 2:30 PM.  Interment will follow at Hill Cemetery near Round Top.

The family suggests that memorial contributions be given to St. John the Baptist Catholic Church in Fayetteville or to the “Margaret Finke Tech Fund” set up through Round Top State Bank (all locations) as a means to give back to Round Top-Carmine ISD where she taught computer classes for many years.

To order memorial trees or send flowers to the family in memory of Margaret Finke, please visit our flower store.