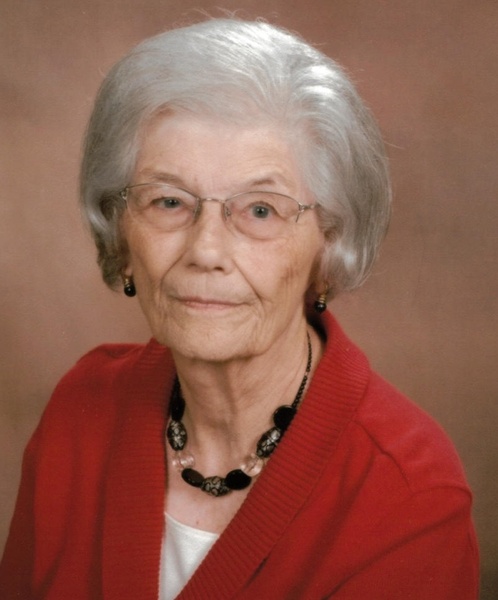 Mabel was born on October 10, 1927 in Rock House (Industry, TX) to Conrad Juergens and Carrie Juergens. She was the oldest of three children. She married Fred(FC) Knippel on June 9, 1946.

After her and F.C. married, they owned and operated a dairy farm and she worked side by side with F.C.. After retiring from the dairy she worked at Fayetteville Bank for 20 years. She also retired from there. Mabel loved her yard and all her plants. She had a green thumb when it came to plants. She loved canning, especially pickles which the children and grandchildren loved.

She was very active with St. John’s Catholic Church in Fayetteville where she was a member of the Altar Society, Catholic Daughters of America and choir for many years. Mabel was also head of the lunch committee for funerals and in charge of the clerical endowment fund.

Family suggests contributions be made to St. John’s Catholic Church in Fayetteville, Hospice Care of your choice, or charity of one’s choice.

To order memorial trees or send flowers to the family in memory of Mabel Knippel, please visit our flower store.