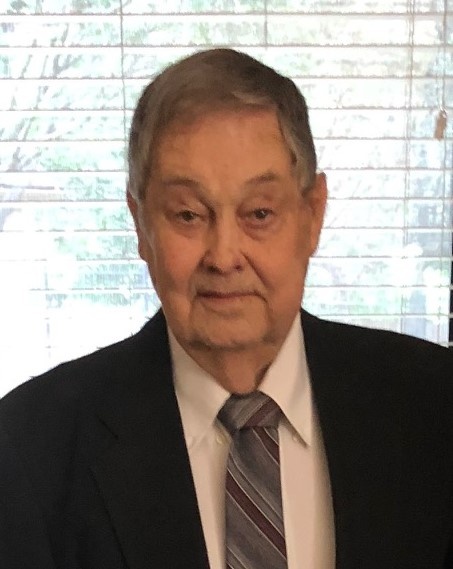 Born April 27, 1935 and raised in the Swiss Alp area, he was the son of Hobert and Adela Frank Koether.  After the Swiss Alp school closed, he attended and graduated from Schulenburg High School and received a degree in accounting from The University of Texas at Austin in 1957.  He married Nan Roberts on March 1, 1958 at Swiss Alp.  He lived and worked in the Dallas area for 30 years before returning to his “roots” and working for Double B Foods, Inc. until his retirement in 1998.

Survivors include a daughter and son-in-law Kim and Darrell Dark of Saginaw, Texas; a son and daughter-in-law Kevin and Brenda Koether of Milton, Florida; a daughter and son-in-law  Karen and Scott McClure of Katy, Texas; his brother Glenn Koether of LaGrange;  five grandchildren:  Austin Jakusz, Ryan McClure, Kaylee Koether, Kristin Koether, and Jonathon McClure; and numerous nieces, nephews, and cousins.

The family requests that memorials be given to United Evangelical Lutheran Church OR Swiss Alp Lutheran Heritage Foundation in Swiss Alp.

To order memorial trees or send flowers to the family in memory of Lester Koether, please visit our flower store.