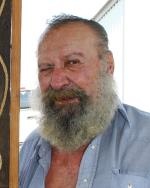 Leslie Kleiber, age 74, of La Grange, passed away on January 20, 2014 in Austin.
Leslie was born on November 14, 1939 in La Grange, to Otto Kleiber and Meta Lueders Kleiber. He married Linda Kuhn on December 4, 1974 in Austin. Leslie was a heavy equipment operator, working for Dean Word Constuction for over 50 years. He enjoyed working with cattle, riding around the countryside and his Schlitz beer.
He is survived by his wife Linda of La Grange; sister, Verline Wied of Austin; two brothers-in-law, Ricky Kuhn and wife Cheryl of La Grange and Ronald Kuhn of La Grange; two nephews, Michael Wied and Bradley Kuhn; two nieces, Karen Wied and Michelle Palmer; three great-nephews and one great-niece.
He was preceded in death by his parents and one brother, Robert Allen Kleiber; father-in-law and mother-in-law, Roy and Betty Kuhn.
Funeral services are scheduled for Saturday January 25, 2014 at 10:00 AM, at Fayette Memorial Funeral Home in La Grange.
Interment will be at Williams Creek Cemetery near La Grange.
In lieu of flowers, memorial contributions may be made to the American Cancer Society or the charity of one’s choice.

To order memorial trees or send flowers to the family in memory of Leslie Kleiber, please visit our flower store.