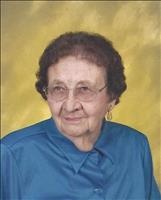 Leona was preceded in death by her parents. She was also the widow of Lee Roy Stolle and Kermit Stolle. One son, Earl Stolle; one brother, Lee Roy Werland; and one sister, Louanna Hoelscher also predeceased her.

Funeral services are scheduled for Wednesday, February 4, 2015, at 10:00 AM at Sacred Heart Catholic Church in La Grange.