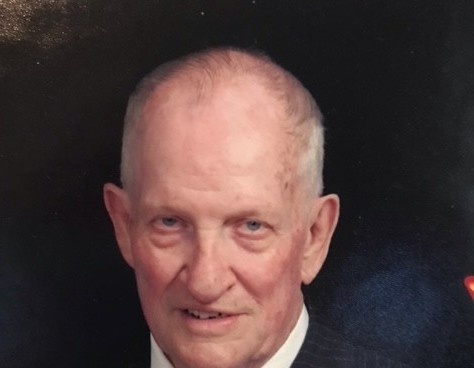 A memorial service for John Henry Stewart of Schulenburg has been scheduled for Saturday, October 16 at 12 PM at the Fayette Memorial Funeral Home in La Grange, Texas.

John Stewart passed away on October 11, 2021 in La Grange. He was born in Wichita Falls on February 25, 1932 to Charles and Cleo Stewart.  He married Susie Smith on February 8, 1963 in Houston and later raised their five children while building his successful pest control business (he referred to himself as an avid, small game hunter).   He moved to La Grange after retiring 30 years ago.

John served his country as a Marine in the Korean War.  He liked good food and was a formidable domino player.  John was a generous man, had an excellent sense of humor and was great at telling stories.  He was a very loving husband, father and grandfather.  John was also adored by his neighbors and his children’s friends.  John was a true original.

To order memorial trees or send flowers to the family in memory of John Stewart, please visit our flower store.