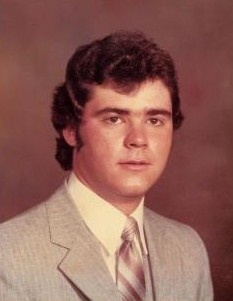 Jeffrey was born October 5, 1964 in La Grange, Texas to Charleen Ruth Minar Raska and Leonard Edward Raska. He graduated from Fayetteville High School and was a member of St. John the Baptist Catholic Church.He was employed by Fayetteville  Air, and then later by Faldyn Electrical and Plumbing. Jeffrey was a lifelong resident of Fayetteville, Texas.

Jeffrey is survived by: 2 Sisters and Brothers-in-Law, Tammy Jurecka and her husband Patrick and Mandy Wells and her husband Paul. 1 Brother, Russell Janish, 1 Aunt Melinda Minar, Step-Father Alois Janish and numerous other relatives and friends.

Jeffrey was preceded in death by his parents, his Grandparents Harry and Adeline Minar, and Grandparents Joe and Elsie Raska.

To order memorial trees or send flowers to the family in memory of JEFFREY RASKA, please visit our flower store.