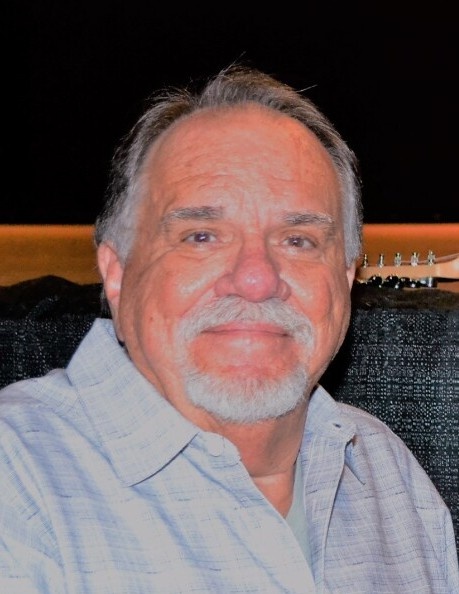 James “Jim” Morgan Davenport was peacefully called home on Friday, September 4, 2020 to be with his Lord and Savior at the age of 76.

Jim was born in Shreveport, Louisiana on September 22, 1943. He served 3 years (1963-1966) in the U.S. Army in the 82nd Airborne Division/Combat Engineer as a Green Beret & Paratrooper. Packing to go to war, he was seriously injured in an accident on the supply truck and once he recovered, was deployed to Santo Domingo, Dominican Republic.

In 1971 Jim graduated from Louisiana Tech with a BFA in advertising design. After college, he moved his family to Texas to work for several large real estate and oil companies in Houston. Later, he launched his own independent advertising company (Davenport & Associates/Design Studio) from 1976-1990. Among his clients were Lone Wolf Management (Point Blank, Van Wilks, Clint Black, ZZ Top and many others). Working with various clients, he had the opportunity to meet many artists and musicians (attending over 138 concerts). Other clients also included Financial Institutions and Law Firms.

Once the oil boom busted, it affected advertising so Jim decided it was time to help those that helped him. He began a new chapter in his life by going to work for the State of Texas Veterans Commission as a Senior Service Officer & Guidance Counselor.  Over the years, some of the veterans he helped became his friends. In 1980, one of his veteran friends got him involved in the Chapel of Four Chaplains, a National Service Organization from where he became a Legion of Honor, Humanitarian and a Bronze Medallion Recipient. As a Trustee of the organization, he honored many people with recognition for volunteering in service to their community. The Chapel recognizes individuals that go ‘above and beyond the call’ to their fellow human beings. Even after retiring, he never quit helping his fellow veterans.

In addition to The Chapel of Four Chaplains, he supported and donated to the Gary Sinise Foundation and was able to attend concerts and personally met Gary Sinise (Lt. Dan).

Jim loved spending time with his family. He and his 2 sons volunteered at the Wings Over Houston Air Show from 1987-2018. Jim was also known as Papadeaux to his 2 grandkids who he loved to spend time with including going to their sporting events, school performances, eating barbecue, apple pie, cokes and southern maid donuts, and going on family vacations. He also loved his fur babies Sassie, Maggie and Charlie D.

Jim recently commented – “I broke even. Not too little, not too much, just right.”

A Celebration of Life will be held privately for the family.

In lieu of flowers, donations can be made in memory of James M. Davenport to:

To order memorial trees or send flowers to the family in memory of James "Jim" Davenport, please visit our flower store.