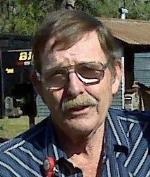 
James “Glen” Richardson, Veteran of the United States Air Force and Rural Carrier for the United States Post Office of La Grange, delivering the mail in Winchester for 28 years passed away on January 28, 2014. He was preceded in death by his one true love Evelyne Richardson.
He is survived in death by his brother Davis (Judy) Richardson, two daughters, Donna Schulze and Cheryl (Phillip) Anstead, step daughter Dee Dee (Robert) Janecek, 30 grandchildren and 5 great-grandchildren.
Glen and his beloved Evelyne will be laid to rest together at a graveside Memorial at La Grange City Cemetery on Sunday February 16 at 2p.m.

To order memorial trees or send flowers to the family in memory of James Richardson, please visit our flower store.