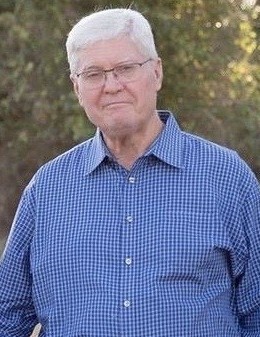 James Roy Averyt, 68, of La Grange, Texas passed away peacefully on March 28, 2020 after a courageous battle with Progressive Supranuclear  Palsy (PSP). Born March 23, 1952 in Houston, Texas, James was the son of Max and Joan Smith Averyt White of Houston, Texas. He grew up in Houston, Texas and graduated from Sam Houston High School in 1971. He was a veteran of the United States Army. James obtained his Real Estate Broker’s license from the University of Houston. In 1976, he married Carol Wessels and they resided in La Grange, Texas for the past 41 years. James worked in the concrete and construction business for several decades in Houston. He was a past member of the La Grange Noon Lions Club and served on the church council for St. John Lutheran Church of Rutersville. He enjoyed being outdoors, especially hunting and skiing in Colorado, as well as traveling and working in the yard.

James loved spending time with his children and grandchildren, spoiling them every chance he could. He was a loving father and grandfather and will be deeply missed by all who knew and loved him.

He is preceded in death by his parents and his in-laws Edwin and Clara Wessels. James leaves behind to cherish his memories, his wife of nearly 44 years Carol Averyt; two daughters, Heather and husband Brad Bush; and Jamie and husband Aaron Zbranek; four precious grandchildren, Braden, James, Annette and Ainsley; three sisters Sharon and husband Lindsey Cofield; Linda and husband Bill Cowles; and Carol Basco and numerous other family and friends.

The family of James Averyt extends their deepest gratitude to Hospice Brazos Valley and all of James’ caregivers for the compassionate care he received during his illness.

To order memorial trees or send flowers to the family in memory of James Averyt, please visit our flower store.