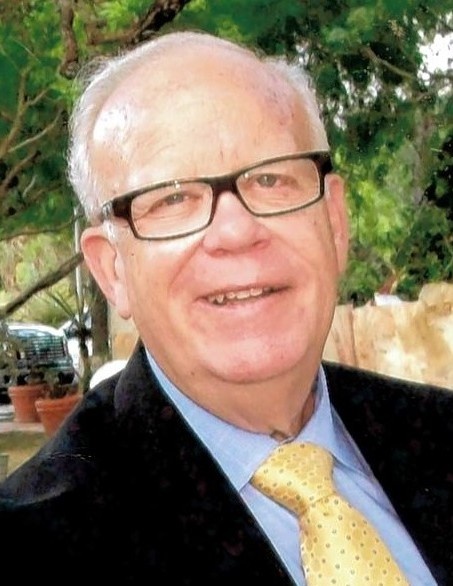 In 1962, Jack (or “Jackie” as many friends and family called him back then) graduated from Yoakum High School. After graduation, Jack entered the workforce and he worked a variety of jobs in several towns before settling into the insurance and securities business in La Grange Texas in 1983.

Whether you knew him as Jack, Jackie, Dad, Pawpaw, Papa Jack or Uncle Jack, you always knew you could count on a huge, welcoming smile and his vivacious spirit. He would never let you arrive or leave without a great, big hug. Jack called all the ladies in his life darling,’ and didn’t miss a chance to tease his grandkids, asking whether they had a girlfriend or boyfriend. It goes without saying that Jack was a romantic. At a young age, he met the leading lady of his life, Betty, and after 57 years of marriage, he never lost  his schoolboy crush.

Jack loved hunting, fishing, and the comradery that went with it. To him, there was nothing better than sitting by the campfire and making “big talk.” A regular at The Chevron in the mornings and Dairy Queen in the afternoons, Jack loved socializing with friends over cups of coffee. He enjoyed meeting people, socializing  and could “cut a rug” with the best of them. If you needed something, Jack was always the first to step up with his heart of gold. To know Jack was to love him, and he will always be remembered by his favorite line of “I am glad you got to see me.”

Jack was preceded in death by his parents, Frances (Weaver) and H.V. Stevens, father-in-law, John W. Hermes and mother-in-law, Mary.

To order memorial trees or send flowers to the family in memory of Jack Stevens, please visit our flower store.