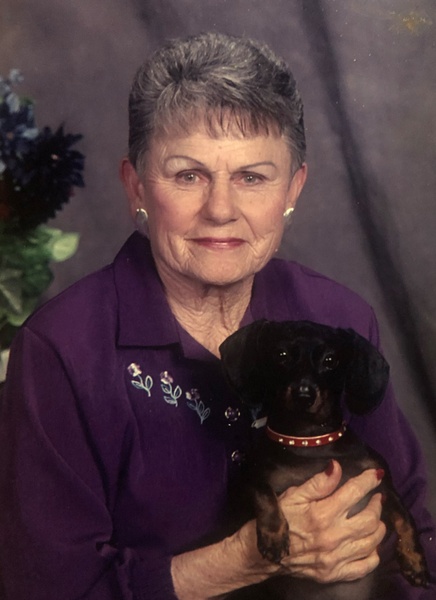 Ida May Belle (Ashmore) Atkinson, much loved mother, grandmother, and great-grandmother passed away Thursday, January 23rd at the age of 90 at the Towers Nursing Home in Smithville, Texas.

Ida was born on June 2, 1929, in Houston, Texas. She was the daughter of Lee Roy Ashmore and Hurdy May Bell (Coffey) Ashmore. She attended elementary, junior high and graduated from John H. Reagan High School in Houston. She married the love of her life, Harold L. Atkinson, Sr., on August 22, 1947, in Houston.

She accepted Christ as her Savior at an early age, and she was very active in each of her churches and other community and school organizations. A resident of near Fayetteville, Texas, since 1970, she was a salesperson at Schroeder Drug Store during the 70s and 80s and was a charter member of Second Baptist Church of La Grange where she taught a high school Sunday School class, served on numerous leadership committees, sang in choir, and led girls’ Acteens and Girls in Action. She was also a leader for the Women’s Missionary Union and Women on Missions. She was a member of the Bluebonnet Lions Club and served in many club capacities; she was well known for participating as a clown in many local church, private and civic events, and parades. She was a member of The War on Drugs Council at La Grange High School and was a reading mentor at La Grange Elementary School for many years.

She was preceded in death by her parents, her seven siblings, and her husband of 48 years, Harold, Sr.

A Celebration of Life service will be held at First Baptist Church, La Grange, Texas on Saturday, February 22, at 2:00 p.m.. A private burial will be in the La Grange City Cemetery.

To order memorial trees or send flowers to the family in memory of Ida Atkinson, please visit our flower store.