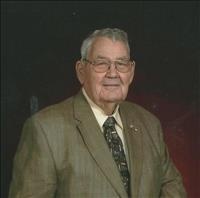 HARLINGEN, TX - Henry Thomas (Tom) Pearson, Jr., 88, passed away on Friday, April 29, 2016. He was born on October 29, 1927 in Houston, TX. Tom was a graduate of Allen Academy in Bryan, Texas and attended the University of Houston in Houston, Texas. He served in the U.S. Navy and in the U.S. Naval Reserve.

Tom was a Certified Safety Professional and spent his career as a safety engineer. He was the lead safety engineer for the HemisFair 68 Worlds Fair in San Antonio, Texas. He was a member of the American Society of Safety Engineers.

He is preceded in death by his wife, Nora Dell Fritsch Pearson; his sister, Shirley Clapp; and his parents, Henry Thomas and Edith McCormick Pearson.

Tom served as the Grand Knight of the Knights of Columbus and was an active member in the 3rd and 4th Degree. He was a proud member of the Knights of Columbus for 64 years. He was Exalted Ruler of the Benevolent and Protective Order of Elks Lodge No. 1889 and was an Elk for 54 years. He was an auxiliary member of the Fayetteville Volunteer Fire Department and the Fayetteville Lions Club.

Funeral Mass will be held at 10:30 A.M. Thursday May 5th, 2016 at St John’s Catholic Church in Fayetteville, Texas with interment to follow in St. John’s Catholic Cemetery.
To order memorial trees or send flowers to the family in memory of Henry Pearson Jr, please visit our flower store.