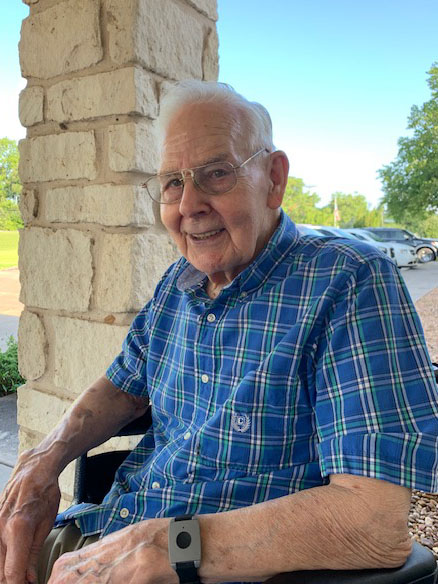 Harmon Beryl Moreland of Bastrop went to be with the Lord on April 19, 2021 in La Grange. He was born on May 4, 1929 to Harmon Burk Moreland and Margaret (Hefley) Moreland in Ackerly, Texas.  He married the love of his life, Juanita Willy Moreland in 1949. He worked many years in the oil refinery business and moved to Bastrop after retirement in 1985.

Beryl was a very loving, hardworking, Christian man that loved to spend time with his family.  He was always laughing, had a great sense of humor and was always “cutting up”.  He loved picking on his wife, and she often played back or dismissed his joking around with a smile. Beryl enjoyed working in his large gardens, playing with his dogs, going to the lake and the beach, baking and fishing.  Beryl and Juanita took all seven grandchildren to the beach every summer.  They also took each child and grand child to Mexico to visit different family members. Beryl was an amazing man with a contagious laugh and those that knew him were very lucky.

Visitation is scheduled for Friday, April 23, 2021 from 9AM-11AM with the funeral beginning at 11AM at Fayette Memorial Funeral Home with interment to follow at Watterson Cemetery.

Please click here to view the video tribute
To order memorial trees or send flowers to the family in memory of Harmon Moreland, please visit our flower store.