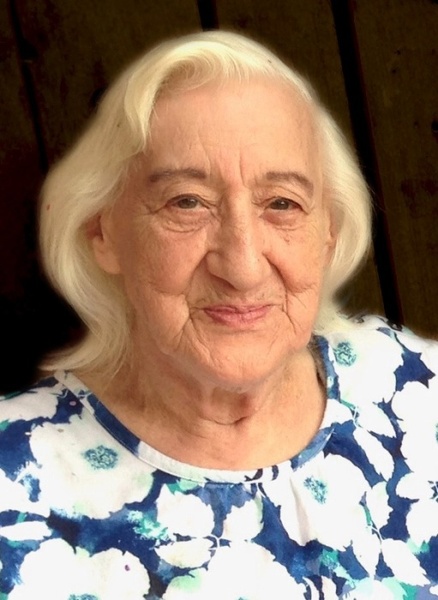 Gloria Villone Fordyce, 83, a longtime Houston resident and beloved mother and grandmother, passed away on Sept. 12, 2017, at Baywood Crossing Rehabilitation and Healthcare Center, in Pasadena, Texas.

A celebration of her life will be held at 11 a.m. Saturday, Sept. 23, at the DoubleTree Hotel’s Moody Room at 8181 Airport Blvd., Houston, Texas, 77061. Please join us for fellowship afterward.

She was born on August 18, 1934, in New York, to Anthony and Angelina Villone.  Although she was a proud Italian-American New Yorker, she settled in Houston where she met her husband, Jesse Allen Fordyce.  They married on April 3, 1954.

Gloria sold souvenirs at Colt Stadium, and moved over with the baseball team to the Houston Astrodome.  From the time the Astrodome opened until the Astros moved into their new home, she was a fixture at her souvenir stand at the North Gate on the Mezzanine Level.  With her friendly smile, she greeted Astros fans, Oilers fans, Hell’s Angels, and once, even Howard Cosell.  She was there through the good times and bad for Houston’s sports teams, but she had a special place in her heart for the Houston Oilers.

But her real life’s work was her family.  She raised four children on her own after her husband’s premature death.  She sometimes worked three or more jobs, but she always had time to create special birthday cakes and meals for each of her children.  But that was only practice for her greatest role: Nana to her grandchildren.  She loved playing “restaurant,” reading them bedtime stories, and displaying their artwork at her home.

Gloria was an active volunteer for the South Houston Senior Center, where she will be missed by the many she helped and befriended. She also loved to garden and took great pride in nurturing all living things over the years, including her two Cocker Spaniels, Ripley and Tristan, and her rabbit, Zachary.

She was preceded in death by her husband, Jesse; her son, James; her infant daughter, Susan; her parents; her brothers, Victor Villone and Nicholas Villone; and her sister, Anna Nuzzi.

She is survived by her daughter, Karen Fordyce of Houston; daughter, Linda Streicher and her husband Harold of La Grange, Texas, son Jerry Fordyce and his wife Melanie of Tomball, Texas; grandchildren Emma and James Fordyce of Tomball Texas; her sister, Rose Young of Franklin Square, New York; and many nieces and nephews, and friends whom she loved like family.

In lieu of flowers, memorials may be made to the charity of your choice.

To order memorial trees or send flowers to the family in memory of Gloria Fordyce, please visit our flower store.