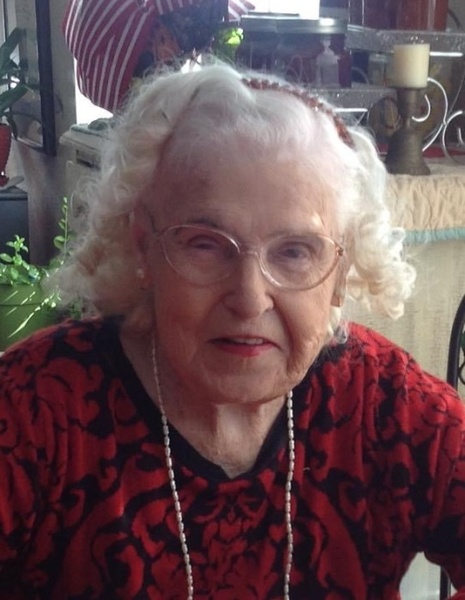 Gertrude Louise Schlabach, 95, passed away on August 2, 2020 in Houston, Texas.  She was born on October 10, 1924 to Paul Gerhard and Mary (Zindler) Kilian in Lee County, Texas near Lincoln.

Growing up she worked on the family farm.  She took on any task that needed doing.  As a young woman, she and her sister Irene moved to Austin where they worked for the Austin Meat Company.  A few years later she moved to Houston and worked for Nabisco.

On April 22, 1956 she married Leroy Schlabach in Lincoln, TX.  They settled on the Schlabach Family Farm near Shelby, TX.  Over the next fifty-one years, they farmed and ranched several properties in Fayette and Lee Counties and raised their family.  Gertrude loved to cook, bake and garden.  She especially loved flowers.  Until recently, you could find her reading her daily devotional given to her by her grandmother Zindler when she was 15 years old, written in German.  She stressed education to her children although she only completed the eighth grade in order to help on the family farm. She was a devoted member of St. Paul Lutheran Church in Shelby.

Gertrude was very proud of her Wendish heritage, being the great-granddaughter of Johann Kilian, a Lutheran pastor who in 1854 led a group of Wendish Lutherans from Eastern Europe for religious freedom.  Once arriving in Texas, they built a church and founded the community of Serbin.

After her husband’s death, she divided her time living with her daughter, Susan, on the farm in which she grew up on near Lincoln and with her son, Steven, in Houston.  Her final years were spent living at Focused Care in Houston.

To order memorial trees or send flowers to the family in memory of Gertrude Schlabach, please visit our flower store.