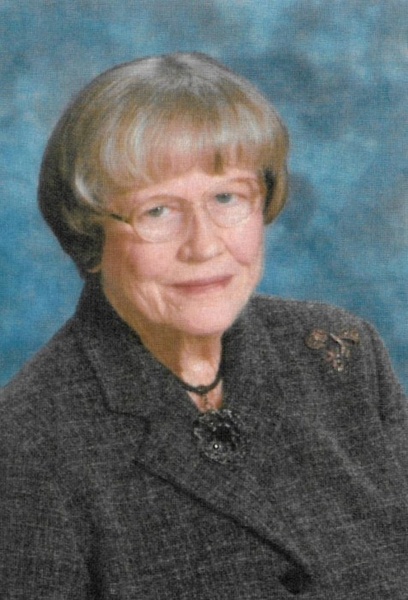 A visitation for Genell (Eilers) Rohde, 90, of Warrenton will be Tuesday, February 6, 2018 from 12:00 p.m. until 7:00 p.m. with the family present from 5:00 until 7:00 p.m. at the Fayette Memorial Funeral Home Chapel in La Grange. Funeral services will be held at 10:00 a.m. Wednesday, February 7, at St. John's Lutheran Church in Warrenton, with Pastor Marcia Kifer, officiating. Interment will follow at the Florida Chapel Cemetery in Round Top.

Genell was born December 27, 1927 in Park, Texas, daughter of Edwin and Ella (Wubbenhorst) Eilers. She and her late husband Clinton John Rohde were married on January 4, 1948 at St. John Lutheran Church in Warrenton. She and Clinton owned and operated together Rohde repair shop in Warrenton. Genell stayed very busy picking up parts and also enjoyed being a housewife, a stay at home Mom, plowing and taking care of six gardens and doing all the canning and preserving. She also graciously helped six other widow women in the community for many years. Genell also served as Secretary-Treasurer of Sons of Hermann Lodge #151 in Round Top, was active with the Round Top-Warrenton Fire Department and St. John Lutheran Church WELCA. She loved dancing and making new friends.

Genell is preceded in death by her husband, Clinton John Rohde, who died on his birthday, December 24, 2006 and was buried on his wife’s birthday, December 27, 2006. Mother Ella in 1928, father Edwin Eilers in 1962, step-mother, Etta in 1989, step-brother, Glenver Eilers, and God mother and father, Willie and Katie Wubbenhorst Brendle.

Memorial Contributions may be made to St. John Lutheran Church in Warrenton, Round Top-Warrenton Fire Department, Florida Chapel Cemetery Association or the charity of one’s choice.

To order memorial trees or send flowers to the family in memory of Genell Rohde, please visit our flower store.