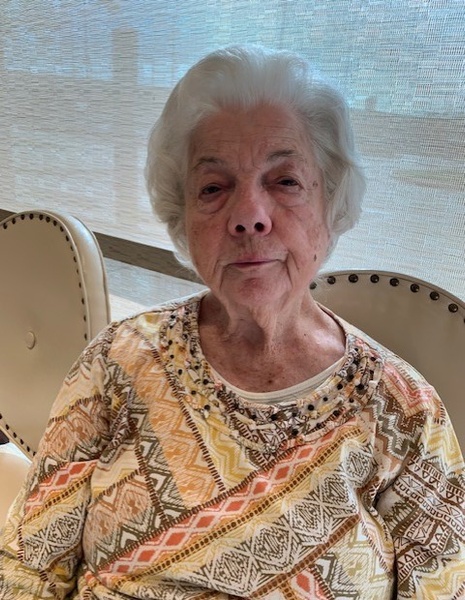 Services for Francine Dobson (Etie) Riedel, 95, of Brenham are set for 11:00 a.m., Saturday, November 20, 2021 at Bethlehem Lutheran Church in Round Top, Texas, with Pastor David Tinker officiating.  Interment will be held at 11:00 a.m., Wednesday, November 24, 2021 at Houston National Cemetery, where she will be laid to rest next to her husband, Ernest Alexander Riedel.

Francine was preceded in death by her parents; husband Ernest; seven brothers and two sisters.

She married Ernest August 30, 1943, and made their home in Houston, and after retiring, Carmine Texas.  They had three children, and is survived by sons and daughter-in-law, Milton & Janice Riedel of Garwood, Bruce Riedel; daughter and son-in-law, Nanette & Kenneth Mendez of Brenham; eight grandchildren and fourteen great grandchildren.

Francine worked as a typing clerk for Vinson Pipe Supply in Houston many years until retirement.  She was a devoted caregiver for many years to her mother and oldest sister in the Baytown Nursing Home until their passing, and upon her retirement she moved with her husband to Carmine at his family farm.  Francine loved reading the Bible daily and cherished her faith and Christian values.  They were members of Holy Trinity Methodist Church in Houston and upon moving to Round Top, became members of the Bethlehem Lutheran Church in Round Top.  She was also active with the women’s group – WELCA in Round Top.

She and Ernest took several trips to German y to visit his father’s family and she loved travelling with her senior friends on special trips.  She enjoyed baking pies, growing flowers, singing, and sewing quilts, doll clothes and teddy bears.  She also enjoyed playing dominoes and the lunches at the Carmine Senior Center.

To order memorial trees or send flowers to the family in memory of Francine Riedel, please visit our flower store.