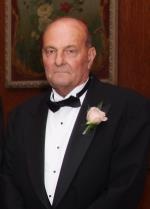 Firman David Amberg, 76, of Columbus, passed away Thursday, December 5, 2013 at his home. He was born March 6, 1937, in Portsmouth, Ohio the son of Firman Ware Amberg and Reba Menefee.

David is survived by his wife of 46 years, Wadene Amberg and their six children: Christine Voorhees of Houston, Susan Jones of Conroe, Firman Amberg of Huffman, Paul Amberg of San Augustine, Ramona Christian of Kingwood and Rhoda Fertig of Cypress; one sister, Susan Schmidt of Martindale along with 10 grandchildren, 8 great grandchildren and 9 damn cats.

David will be best remembered for the great love and pride he had for his family and friends, his sense of humor and as an avid car enthusiast. He proudly served in the United States Army.

Memorial contributions can be made to PUPS, 1884 Bostik Rd
Cat Spring, Texas 78933 or online at http://www.pupsofcatspring.com/donations2.html

To order memorial trees or send flowers to the family in memory of Firman Amberg, please visit our flower store.