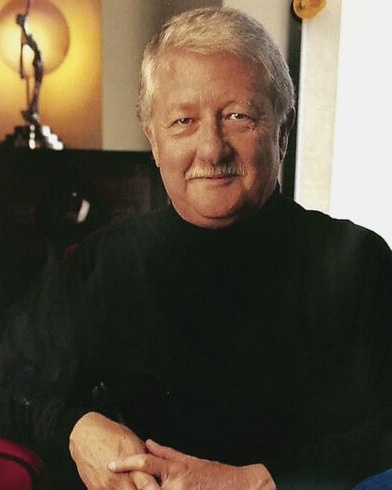 He is survived by his wife Norma, younger siblings Joan, Gary, and Brad as well as his children: Ric, Elizabeth, Garrett, Ryan and McKenzie; his grandchildren: Preston, Ava, Jordan, Grayson, Mercy and Noble.

Dick grew up in Houston, and attended The University of Houston, majoring in Radio and Television, later serving in the United States Army, predominantly in Europe as part of the esteemed US Army band. He started his distinguished advertising career at the Houston Post. After his stint working at the paper, he advanced his career at Aylin Advertising, where he collaborated and honed his skills in air media production. Independently, Dick and a partner collaborated and created what later became Houston Metro Airlines. His goal to run and own his own shop became a reality with the founding of Houston based Smith, Smith, Baldwin and Carlberg, which soon became the leading agency in the Southwest, earning many regional and national awards, including Addy’s, CLEO’s and others.

His creative spirit led him to Dallas, where he founded Radio Ranch with his longtime time friend and producer Don Zimmers, focusing on local, regional and national radio production, and continued his award-winning streak. Dick returned to Houston and rejoined with some former Advertising industry partners as a Principal, and Creative Director in a new leading advertising agency in the Southwest. Retiring in La Grange, he became very involved in the local community, often fundraising for Festival Hill Institute where he produced an annual Valentine’s Day concert, as well as creating advertising campaigns for local businesses. His lifelong goal of creating a Broadway show, culminated in the Festival Hill production of Virginia and Ed Leach’s Heart of a Tin Trunk. In addition, he was an active member of the Noon Lions’ Club and participated in Choir at First Presbyterian Church. His love of painting inspired him to create and exhibit many notable Southwest landscapes.