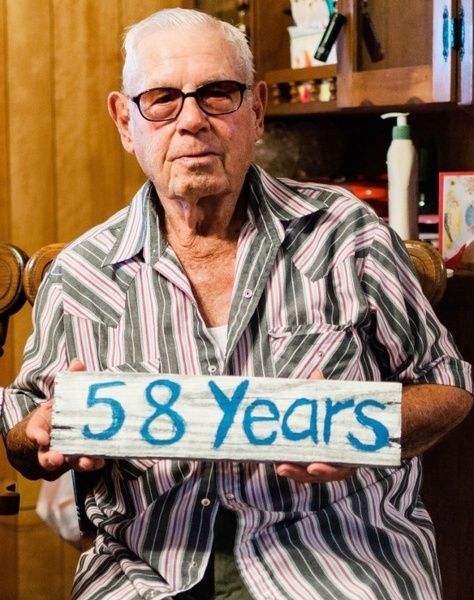 Eugene William McGill, 92, passed away on October 9, 2020 in the care of his granddaughter Victoria Gandy.  Eugene was born in San Antonio, Texas on January 3, 1928 to A.P and Josephine McGill.  September 3, 1958 Deloise married Deloise Etzel, they had one daughter, Terrie.

Eugene began working at Southwestern Bell in 1954. After dedicating 29 years to Southwestern Bell, he retired in 1983. Eugene and Deloise were faithful supporters of the AWANA Club (Approved Workmen Are Not Ashamed), and would often travel  to Mexico for missionary work.

Services will be held on Tuesday October 13, 2020. Viewing held at Fayette Memorial Funeral Home in La Grange, Texas at 10:00 am. Followed by graveside service at Florida Chapel Cemetery in Round Top, Texas at 11:30am.

The family asks that memorial contributions be made to: AWANA, 1 East Bode Road, Streamwood, IL 60107-6658.

To order memorial trees or send flowers to the family in memory of Eugene McGill, please visit our flower store.