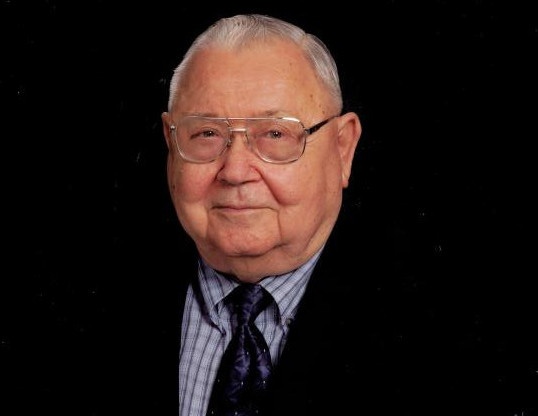 Erwin Joseph Wostarek, age 92, of La Grange, passed away on June 26, 2022 in Schulenburg, Texas.
Erwin was born on February 26, 1930 in Pisek, Texas to John and Bertha (Canik) Wostarek. On July 27, 1955, he married Helen Louise Willmann in Columbus. Erwin worked as a farmer, oilfield worker, mechanic and machinist. While serving in the United States Army, Erwin was a part of the 802 Engineer Aviation Battalion in Suwon, Korea. After serving his country in the Korean War, Erwin was employed at Janssen Bros. as a machinist for many years and later worked at the Lower Colorado River Authority at the Fayette Power Project Unit where he retired.  He enjoyed restoring antique farm tractors and machinery. Erwin will be dearly missed by his family and friends.
He is survived by one daughter, Veronica Muehr and husband Gary of Weimar; two sons, Christopher Wostarek and wife La Verne of Weimar and Patrick Wostarek of La Grange; granddaughters, Sara Muehr and Jessica Henry (Brian), Ashley Wostarek; grandson, John Wostarek; great-granddaughter, Makayla Williams; great-grandson, Bryson Henry. Numerous nieces and nephews also survive.
Erwin was preceded in death by his parents, wife and a granddaughter, Monica Muehr;
brothers, Justin Wostarek (Cora), and Leonard Wostarek; sisters, Julia Wostarek and Bessie Walla (Leander) and numerous nieces and nephews.

Visitation is scheduled for June 30, 2022 from 3:00 PM until 7:00 PM at Fayette Memorial Funeral Home in La Grange. The family will receive visitors from 5:00 PM until 7:00 PM. Rosary will be recited at 7:00 PM. Funeral services are scheduled for July 1, 2022 at 10:00 AM at Sts. Peter and Paul Catholic Church in Plum, Texas with interment following at the La Grange City Cemetery.

Memorial contributions may be made to the Queen of the Holy Rosary Catholic Church in Hostyn or the charity of one’s choice.

To order memorial trees or send flowers to the family in memory of Erwin Wostarek, please visit our flower store.