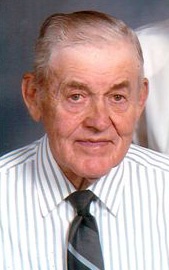 Eroy was born in the community of Cedar on August, 1, 1925, the son of Charles and Ella (Nollkamper) Roscher.

He was a lifelong farmer and rancher. He sheared sheep for many members of the community for 33 years. He loved animals and took great pride in taking good care of them. He loved being outdoors, especially being on a tractor plowing the fields or making hay. He also liked the occasional chance to go fishing. He was a long time member of the United Evangelical Lutheran Church of Swiss Alp where he served for many years on the church council. Later in life he joined St. Paul Lutheran Church in La Grange, Texas.

He is survived by his wife, of 53 years, Ora Lee (Maas) Roscher; son, Glen Roscher and wife, Margaret; daughter, Linda Anders and husband Wayne; six grandchildren: Joshua , Abigail, Colton and Tyson Roscher and Justin and Katie Anders all of La Grange. He is also survived by several cousins.

He was preceded in death by his parents.

Funeral arrangement are under the direction of Fayette Memorial Funeral Home in La Grange.Visitation will begin at 12:00 p.m. Tuesday Sept. 2 at Fayette Memorial Funeral Home. The family will receive friends from 6 to 8 p.m. on Tuesday September 2, 2014. Funeral services will be held at St. Paul Lutheran Church in La Grange on Wednesday, September 3, 2014 at 2:30 pm. Burial will follow in the La Grange City Cemetery.

Memorial contributions can be made to the La Grange Volunteer Fire Department or to the charity of one's choice.

To order memorial trees or send flowers to the family in memory of Eroy Roscher, please visit our flower store.