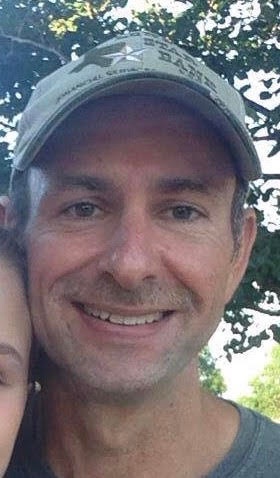 On Thursday morning at 10:42am, Eric Ryan Elias of La Grange, 45, born June 27th, 1971, passed away in Austin at St. Davids Medical Center. He was a great father, husband, son, and friend. He is survived by his wife: Donna Elias, his daughter: Ashley Elias, his parents: James and Sharon Elias, and brothers: Justin and Evan Elias of La Grange. He is also survived by his in-laws: Al and Claudette Fojtik of Moulton and numerous aunts, uncles, and cousins. He is proceeded  in death by his grandparents: Victor and Marion Menking Elias and Earl and Alice Stork and great grandparents Mr. & Mrs. Herman Silwedel. His life was short lived, but filled with memories that will last us a lifetime. His presence brought smiles to people's faces and he never met a stranger. He enjoyed music, cars, making people laugh, making memories, and putting others before himself. His determination and achievements will inspire us and always remind us of him, he will be remembered to all who's souls he had connected with. His services will be Tuesday, May 16th, 2017 at the Fayette Memorial Funeral Home. Visitation will be from 4-6pm and the service will follow at 6pm. May his gentle soul live peacefully in heaven and may he ride on the highways of heaven in one of his favorite sports cars. In lieu of flowers, a memorial fund will be set up at Fayette Savings for Ashley's college fund.

To order memorial trees or send flowers to the family in memory of Eric Elias, please visit our flower store.