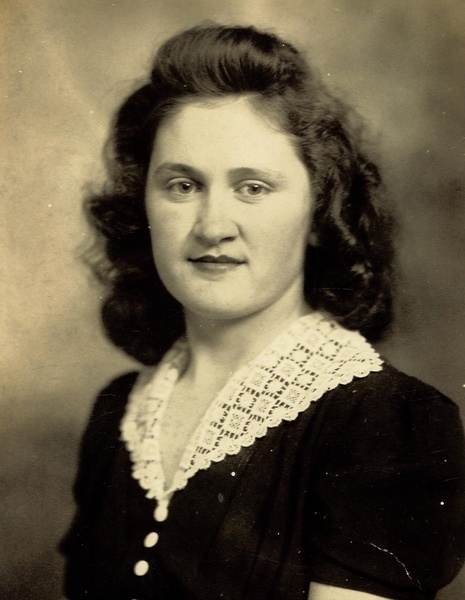 She was born December 4, 1924, in Fayetteville to William Coufal and Louisa Slovacek Coufal. She grew up and went to school in Fayetteville with her two sisters and five brothers. The youngest girl, she was affectionately called Beba by her mother. She met Gus H. Friemel of La Grange after he returned from World War II, and they were married in Industry on October 1, 1946. They built a home in La Grange and raised their two children there until the family moved to Port Lavaca in 1956. In 1982, Gus retired, and he and Eleanora returned to their home in La Grange.

Eleanora was a homemaker who loved to laugh and have fun with her children, grandchildren and great-grandchildren. She always had a piece of handwork to do, knitting, crocheting, sewing, quilting arid embroidery. She had a green thumb which was apparent in her flowers and garden every year. Α good cook, she liked to bake and treated friends and family to kolaches, French bread, cookies and especially pies.

She was preceded in death by her husband of 60 years, her son Gus Friemel, Jr., and her son-in-law Bill Ulmer.

Survivors include her daughter Patricia Ulmer of Katy, daughter-in-law Susan Friemel of Richmond; grandchildren, Chris Friemel and wife Tami, Patti Stoddart and husband Ryan, all of Katy and Steven Ulmer of Fulshear as well as great-grandchildren Abigail and Jessica Friemel, Brianna Long, and Lila and Margot Stoddart, all of Katy.

Memorial contributions may be made to Industry Brethren Church, P. 0. Box 73, Industry, TX 78944 or the charity of one’s choice.

Graveside services were held November 7 and burial was in the La Grange City Cemetery.

To order memorial trees or send flowers to the family in memory of Eleanora D. Friemel, please visit our flower store.