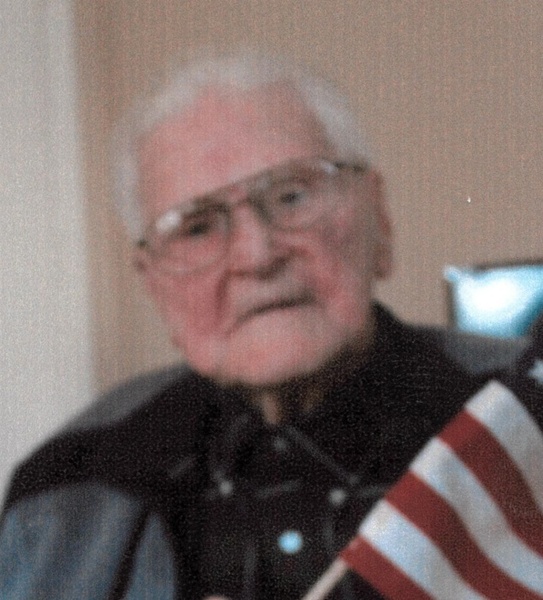 Edgar E. Tiedt, 97, passed away Wednesday, November 23, 2016 in La Grange, Texas. He was born April 17, 1919 on a farm in Rutersville to Fritz Tiedt and Annie Marquart Tiedt. He was the second youngest of eleven children.

He served in the U.S. Army during WWII as a quartermaster in a technical service unit and was based in Camp Stoneman, Pittsburg, California. When he came home he met his wife-to-be, Lillian Janak from Holman at a Swiss Alp dance. They married and returned to California and when the war ended he bought a 1936 Chevrolet which he repaired and they arrived back in La Grange on December 24, 1945 with their baby son Ed.

He spent most of his career as a home builder in Houston for Otto Pohl Construction. He was a great carpenter and had a talent for being able to repair and build just about anything. He never had idle hands and he kept them busy.

He enjoyed working outside and taking care of his property, loved to garden and was an avid football and baseball fan. He found companionship in his dog Mattie who was always by his side.

His greatest joy was spending time with his family and actively supporting their hobbies. He loved hosting BBQ’s and being entertained by his grandchildren and great-grandchildren. He had a giving heart, an uncanny wit and was always ready to offer an act of kindness.

He is survived by his son Edgar Jr. and his wife Dorothy (Tommie) of Sugar Land, daughter-in-law Laura of Charleston, SC, two grandchildren and their spouses, Chad and Jennifer Tiedt, Tammy and Todd Eberhardt, and four great-grandchildren, Mason, Taylor, Alex, and J.T. all from Katy, Texas.

He led a robust life and was preceded in death by his wife Lillian in 1998 and his son Larry in 2013.

A visitation will be held from 4:00 p.m. until 7:00 p.m. Friday, November 25, 2016 in the Fayette Memorial Funeral Home Chapel in La Grange. Funeral services will be held at 11:00 a.m. Saturday, November 26, 2016 at St. Paul Lutheran Church in La Grange with interment to follow at the Holy Rosary Catholic Cemetery in Hostyn, Texas.

To order memorial trees or send flowers to the family in memory of Edgar Tiedt, please visit our flower store.