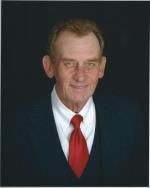 Earl served his country in the United States Navy as a Naval Seabee. During this time he served one year in Vietnam and one year in Guantanamo Bay, Cuba.

Earl was a member of Sacred Heart Catholic Church, the Masonic Lodge, the Veterans of Foreign Wars and the Vietnam Veterans of America.

Earl was retired from the City of Houston Traffic and Transportation Division. Earl had many hobbies and was very clever at building and inventing new things. He enjoyed working on his property, taking care of his cattle, fishing, hunting and most of all he was so proud of his '62 Chevrolet Super Sport.

Earl was preceded in death by his father, Leroy Stolle and father-in-law, Emil Kristoff.

Memorial contributions may be made to Brazos Valley Hospice; Sacred Heart Church; La Grange Baseball Association or to the charity of one's choice.

To order memorial trees or send flowers to the family in memory of Earl Stolle, please visit our flower store.