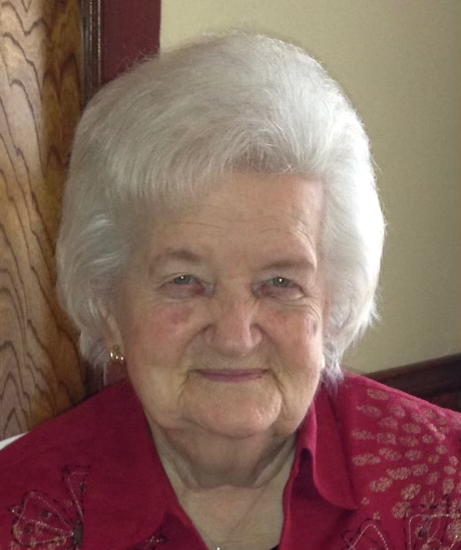 Dora was born in Schulenburg, Texas on December 17, 1926 to Otto Ladewig and Hilda (Beiersdorfer) Ladewig.  She married Wilbur Hoehne on September 14, 1947 and they later had four children, two girls and two boys. They were active members of the Freyburg United Methodist Church in Schulenburg.

Dora was a well-known seamstress with amazing talent. Many people knew her for the beautiful items she altered or created; from bridesmaids’ gowns to high school cheerleader uniforms. Dora and her family enjoyed their church family and Dora would often volunteer for their fundraisers. She earned a Christian Witness and Service Award from the United Methodist Church – Southwest Texas Conference in February 2002. Dora was kind-hearted, friendly and never met a stranger.  She was a loving and selfless wife and mother and will be missed dearly by her family and friends.

Dora is survived by two daughters; Lillian McCutcheon and husband Sonny, of Allen and Janet Chandler and husband Dale of Dallas; one daughter-in-law, Bernice Hoehne; grandchildren Kyle, Kristen, Amanda, Rebecca, Marc, Alisha and Cody, along with numerous great grandchildren and nieces and nephews.

In lieu of flowers, the family requests that memorial donations be made to Freyburg United Methodist Church.

To order memorial trees or send flowers to the family in memory of Dora Hoehne, please visit our flower store.