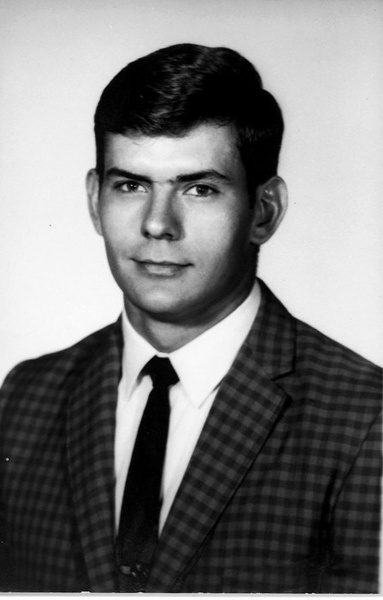 Funeral services for Donald Lee Brandt, 75, will be held on March 28, 2022 at 2:00PM at the First United Methodist Church in La Grange.  Visitation will be at the church from 2:00-3:00PM prior to the funeral. Interment is at the La Grange City Cemetery following the funeral service.

Donald Lee Brandt passed away on March 19, 2022 at the age of 75. He was the youngest of six children born to Arthur and Adeline (Trefny) Brandt in Holman, Texas.  He lived his entire life in La Grange except for the years in college at Sam Houston State University in Huntsville, where he graduated with a Bachelor of Science degree in 1969. He started school at Hermes Elementary and was known to say that he fell in love with his wife sitting behind her in the first grade.  He graduated from La Grange High School in 1965 where he was voted Mr. LHS and was selected as the All-District offensive and defensive tackle. He was captain of the football team. He married Darla Dippel, the head cheerleader, in 1967. Their first child was born in 1968 one week before final exams their junior year. Their senior classes were scheduled at opposite times in order to care for their baby.

After graduation, Donald returned to the family farm where he worked for thirty plus years. He loved the farm and the farm community. He was a hard worker growing corn and cotton and would sometimes help deliver calves in the middle of the night or in very cold weather. He often helped neighboring farmers with their work or needed repairs. He was an excellent welder and built some of his own farm equipment.  Some seasons when rain was scarce, he would irrigate the crops, getting up during the night to move pipes.

He truly loved his children and grandchildren. Spending time with his family is what he enjoyed most.  There were a lot of family parties at his river bottom property and at the Brandt lake. He enjoyed hunting, fishing and camping with his friends. He was a member of the Farm Bureau, NRA, and the Cattlemen's Association.

Donald and Darla will be married 55 years in June. They started dating in Jr. High and all through High School, and two years of college. They have three children, seven grandchildren, and two great-grandchildren with two more arriving in July.

Their children are Theresa Brandt Lovelace (Larry), Laurie Brandt Kensicki (Dave), and Jason Brandt (Bridget). Their grandchildren are Jared Lovelace (Courtney), Erika Lovelace (Sergio), Eli Lovelace (Kennedy), Sam Lovelace (Madison), Joe Lovelace, Brylee Brandt, and Colin Brandt.  Jared and Courtney and their two boys are living in Alaska while Jared is in the military. Theresa and Larry and their children live in the Tomball area.  Laurie and Dave live between Weimar and Columbus. Jason and Bridget live in Liberty Hill. The two great-grandchildren are Julian Lovelace and Bryant Lovelace.

He is survived by Darla Dippel Brandt, his longtime love and wife, his three children and their spouses, seven grandchildren, two great-grandchildren, sisters-in-law Elaine Brandt and Gloria Brandt, one brother-in-law Darryl Dippel, along with numerous nieces and nephews.

The family requests that memorial donations be made to the First United Methodist Church of La Grange or to a charity of one’s choice.

To order memorial trees or send flowers to the family in memory of Donald Brandt, please visit our flower store.