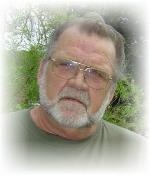 On November 25, 2013 God called home His saint, Dennis L. Powell. He passed away quietly in La Grange, Texas after a long battle with multiple illnesses, the most debilitating being osteoarthritis.
He was born in Stuttgart, Arkansas and raised in Brewer Bottoms, Arkansas. He graduated from Stuttgart High School in 1960. His working career, which consisted of four decades, was divided between working at Riceland Foods as a plant operation supervisor and driving eighteen wheelers. His favorite and final job commenced when he fulfilled his life-long dream as an independent owner/operator trucker driving for “the Dennis and Pam” driving team. Although he left Arkansas in 1977, he remained a proud Arkansan until the end.
The more recent loves of his life were his grandchildren; Gus, Hayden, and Maddi. He spent as much time as possible attending their sporting events and cheering them on to victory. In his healthier days you could routinely find him under the hood of a vehicle belonging to a family member or one of his many friends. Dennis referred to himself as “a jack of all trades, a master of none”. He claimed that the only thing he could not fix was a broken heart. Dennis enjoyed hunting, fishing, auto mechanics and spending quality time with his family. Those who had the pleasure of meeting him always left with a good story to tell others. He never met a stranger he didn’t like.
Dennis was preceded in death by his parents, Thomas and Irene (North) Griffin; his sisters, Debbie Frazier and Patti Lynn Griffin, and his granddaughter. He is survived by the love of his life, Pam Powell, his wife of 51 years; son, Charles “Rocky” Powell of La Grange; two daughters, Tracy Mach and her husband Michael, of La Grange, and Le Ann Box and her significant other, David Stout, of Fayetteville, Arkansas; one brother, James Griffin, of Des Ark, Arkansas; three grandchildren, Gus Powell, Hayden Mach and Maddi Mach of La Grange; several nieces and nephews; and many, many friends.
In lieu of a traditional funeral service, the family will celebrate his life on Father’s Day, June 15, 2014 at Greers Ferry Lake, Arkansas. During the ceremony, his family will scatter his ashes on the lake he loved.
For additional information please contact Tracy Mach at tracylynne.mach@hotmail.com or Pam Powell at 918-839-7983.
Memorial contributions may be made to the Arthritis Foundation, P.O. Box 96280, Washington, D.C 20077. Donations may also be made online at www.arthritis.org

To order memorial trees or send flowers to the family in memory of Dennis Powell, please visit our flower store.